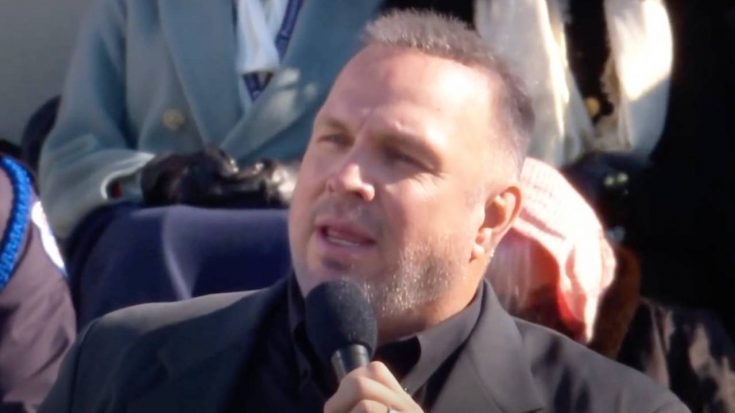 On Monday, January 18, country music legend Garth Brooks took part in a Zoom press conference, where he announced that he would be performing at the presidential inauguration on Wednesday (January 20).

Brooks is no stranger to performing for the president, seeing as he has sung for seven out of the last eight presidents.

“I’ve played for every president there is, since Carter, with the exception of Reagan,” Brooks said about performing at Joe Biden’s inauguration. “This is an honor for me to get to serve… and it’s one of the things that, if my family is around, no matter who the president-elect is, it’s an honor to be asked.”

The last inauguration he performed at was President Obama’s where he performed his 1993 song “We Shall Be Free.”

“I might be the only Republican at this place,” he said in the press conference, but “the message they’re pushing is unity, and that’s right down my alley. If we’re gonna get anywhere, we’re gonna get there together.”

The song he chose to sing, after Dr. Jill Biden personally invited him to perform, was “Amazing Grace.” He sang the song a cappella, but the intro was played on trumpet by a military musician as the country singer walked down the Capitol steps.

He removed his trademark cowboy hat to sing the song, and asked the American people at home to sing along to the final verse. Following his performance, he shook the hands of President Biden, Vice President Pence, Vice President Harris, and gave hugs to Presidents Obama, Bush, and Clinton on his way back up the steps.

Watch his performance of “Amazing Grace” at the inauguration below.