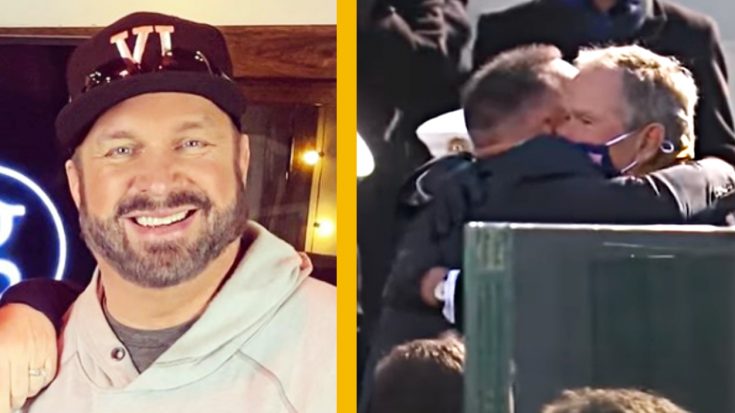 Garth Brooks delivered one of the most touching moments during the inauguration of President Joe Biden and Vice President Kamala Harris.

After Biden and Harris were sworn into office, Brooks took the podium for a cappella rendition of “Amazing Grace” During the gospel song, the 58-year-old singer paused to ask listeners in attendance and at home to join him “as one, united” for the last verse. Afterward, he departed, offering handshakes to Biden, Harris, and departing Vice President Mike Pence.

As Brooks made his exit, the country icon noticed some of the other former presidents and first ladies sitting in attendance. Immediately, Brooks made a detour and embraced each former leader and their wives with a hug. The candid action was only made sweeter as Brooks giddily ran back to the exit with a smile on his face.

Viewers at home immediately voiced their reactions on Twitter. See some of the responses below:

Garth Brooks literally *running* around the stage to hug everybody is my whole energy today.

A giddy Garth Brooks giving everyone maskless hugs is the most Oklahoma thing ever, and, just for today, I’m loving every bit of it.

This is totally me when I try to leave a wedding but then you see EVERYONE on the way out and can’t be rude.

You can watch the full performance and exit in the next video!