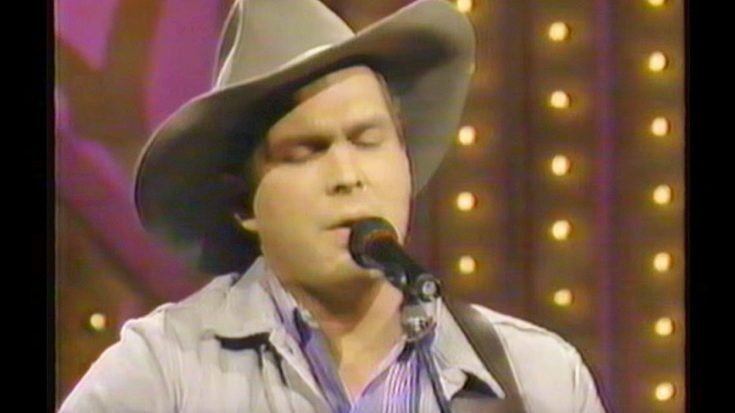 Garth Brooks always know how to tug at heartstrings!

Brooks’ fans are sure to fall in love with this live performance of Garth singing the hit song, “If Tomorrow Never Comes” in 1989 on The Tommy Hunter Show.

As Brooks sings the bittersweet ballad, the audience is stunned to silence. No one wants to miss a single second of this song that has so much meaning and emotion behind it. “If Tomorrow Never Comes” was released in 1989 as the second single from his self-titled album, Garth Brooks.

Everyone fell in love with the heart-wrenching tune, and it quickly became one of Garth’s signature songs. “If Tomorrow Never Comes” was also his first single to hit #1 on the Billboard Country Singles chart, and was also named the Favorite Country Single at the 1991 AMAs.

He wrote it with Kent Blazy, who is also responsible for the songs Patty Loveless’ “Can’t Get Enough,” Brooks’ “Ain’t Goin’ Down (‘Til The Sun Comes Up),” and Chris Young’s “Gettin’ You Home,” just to name a few.

With all that being said, the song is definitely a favorite for many.

When he sings the lyrics, “‘Cause I’ve lost loved ones in my life/Who never knew how much I loved them/Now I live with the regret/That my true feelings for them never were revealed,” you can really feel the passion and emotion Brooks sings with.

29 years ago Capitol Records released "If Tomorrow Never Comes" by Garth Brooks, destined to become the first of many of his number one singles on the Billboard country chart. #MusicIsLife pic.twitter.com/77hverhHUr

Check out the video below, and we’re sure it’ll be a blast from the past for you!