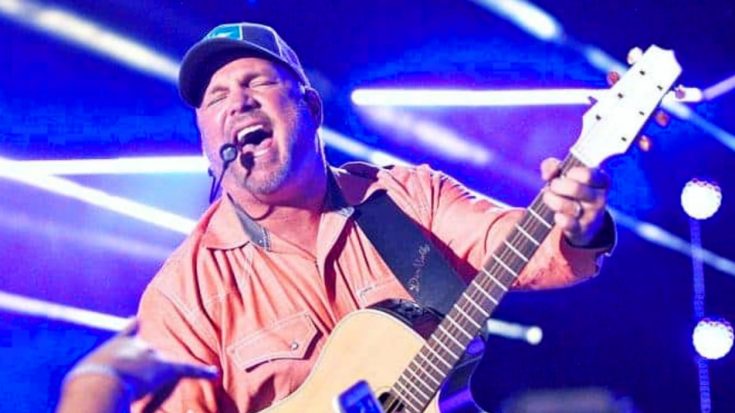 Garth’s New Tour Is Bigger & Better Than Ever

Garth Brooks‘ World Tour, which ran from 2014-2017, was one of the biggest tours in country music history. Brooks shattered ticket sales records left and right, with many of those records being one that he set himself decades ago.

Once the World Tour wrapped up, Brooks took a short break before he hit the road again. After seeing how “big” the World Tour was, Brooks decided that his next tour had to be something even bigger.

That’s when he announced the Stadium Tour.

Just like he did with his World Tour, he didn’t reveal all of the stops right away. Instead, fans have been left to stalk Brooks’ social media accounts in the hopes that he’ll announce a new show, and that the show will be near their hometown.

While the tour was branded as a “North American Tour,” so far Brooks has only performed in the U.S. Some of his past shows have been in St. Louis and Minneapolis, with upcoming shows being scheduled in Denver and Boise.

In the later city’s case, Brooks added an additional show after the first one sold out within an hour. Brooks felt compelled to add another show after seeing how many people were left without tickets to the first one.

He even got a call from Idaho Governor Brad Little, who personally asked him to perform another show in Boise.

What do you say to a second show in Boise, @garthbrooks? #GARTHinBOISE pic.twitter.com/eHsiwW2HIY

After adding the additional Boise show, fans wondered how long it would be before Brooks would announce another show in another city.

Where He’s Going Next & Why That Matters

That announcement finally came on Wednesday (May 29), and it was exciting for more reasons than the obvious.

In a post made to his social media accounts, Brooks revealed that the next stop on the Stadium Tour will be at the Mosaic Stadium in Regina, Saskatchewan. This newly announced stop helps bring the “North American” branding of the tour to life as it is Brooks’ first Stadium Tour show to take place in Canada.

But that’s not the only “first” that this new show has led to. As Brooks revealed in his post, this concert makes him the first-ever country artist to perform at the Mosaic Stadium.

This means that country fans in the area will get their first chance to see a country artist perform at their local stadium. And how lucky are they that the first country artist coming to the stadium is Brooks?

Describing fans’ reactions to the news as “excited” is quite the understatement.

I am over the moon excited you are coming to Regina Saskatchewan. You are my husbands biggest fan and even though we could never go make previous concerts he never said anything, other than we will catch him next time. Best Father’s Day gift. Thank You for coming to Regina.

The show isn’t happening until August 10, but tickets go on sale soon, real soon in fact! You can snag tickets to the Mosaic Stadium show starting on June 7 at 10AM CST.

If you want to see Brooks perform there, make sure to get your tickets right away. His shows are known to sell out, and based on all the hype around this one, we’re sure it will as well!

After this announcement, we can’t wait to hear what Brooks has up his sleeve for us next!