Garth Brooks’ Mom Was A Country Singer In The ’50s 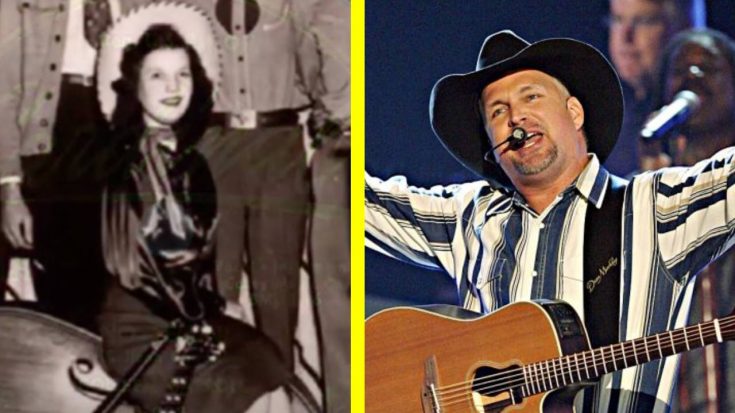 Garth Brooks has said for many years that he is a mama’s boy. He even released a song titled “Mom” in 2014.

The “Thunder Rolls” singer has often said that even though his mom passed away in 1999, he still misses her everyday.

While most may know that Brooks loves his mama, many may not know that she, too, was a country singer! Colleen Carroll was her name and she was signed to Capitol Records, which her son was once signed to.

Her career kicked off in the 1950s with the release of several works including “No Tellin'” and “Blue Bonnet Waltz.”

11-year-old Brenda Lee, Porter Wagoner, Wanda Jackson, Sonny James, Jean Shepard and The Browns all got their start on Ozark Jubilee, which was hosted by Red Foley for over 200 episodes.

Now it’s clear where Brooks got his love for country music from, his talented mama! It also seems that Colleen helped pass the love of country music to her granddaughter, who happens to be her namesake. Allie Colleen, Garth’s youngest daughter, released her debut single on her grandma Colleen’s birthday in 2019, which Garth himself called “perfect.”

What a beautiful voice on your grandmother's birthday…perfect. I love you!! Listen to @alliecolleenmusic’s new single #WorkInProgress (link in bio or copy/past http://smarturl.it/allieworkinprogress )

Take a listen to Colleen Carroll sing “No Tellin'” and “Blue Bonnet Waltz” below.