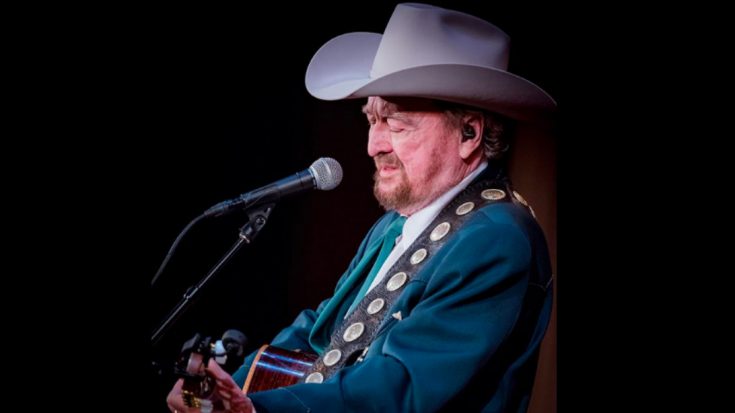 Legendary Texas singer and songwriter Johnny Bush has died at age 85. Best known for writing Willie Nelson’s signature concert-opener “Whiskey River,” Bush passed away Friday (October 16) of pneumonia. His death was announced on his official Facebook page with a post that read, “…a friend to everyone in the music business, a friend to all of his fans, Johnny Bush passed away this afternoon from pneumonia…A jewel of a man we have lost.”

Johnny Bush got his start in the music industry with the help of Willie Nelson who helped him score a job as a drummer for Ray Price. His debut vocal single, “Sound of a Heartache,” was released in 1967 and he gained national fame for his hits “Undo the Right” and “You Gave Me a Mountain,” earning the nickname of “Country Caruso.”

In 1972, Bush penned “Whiskey River” which became a huge hit for Willie Nelson upon its release in 1973. The multi-talented entertainer saw his career come to an abrupt half after he suffered vocal issues due to a neurological disorder. He started vocal and speech therapy and in 2002 received Botox injections which helped to fully restore his range.

He was inducted into the Country Music Hall of Fame in 2003 with Kris Kristofferson and Lefty Frizzell. Two years later, Broadcast Music, Inc. also awarded him with the Million-Air Award for “Whiskey River” reaching 1 million spins. Most recently, he was the first recipient of the Ameripolitan Founder of the Year Award in 2014.

Bush, a life-long friend of Nelson, performed up until his death as a regular guest at Willie Nelson’s events. He most recently made an online appearance at Nelson’s virtual 2020 4th of July Picnic.

When I came to Texas, Johnny Bush was The King of the Texas Dance Halls and Shuffles! A great Singer, Writer, Stylist and musician. And a funny and caring Man. As our pal @Dallas_Wayne says “ A day without Johnny Bush, is like a day without sunshine” RIP pal pic.twitter.com/OaSrZ8Niaz

Our thoughts and prayers are with Johnny Bush’s family and friends during this difficult time. He will be greatly missed.