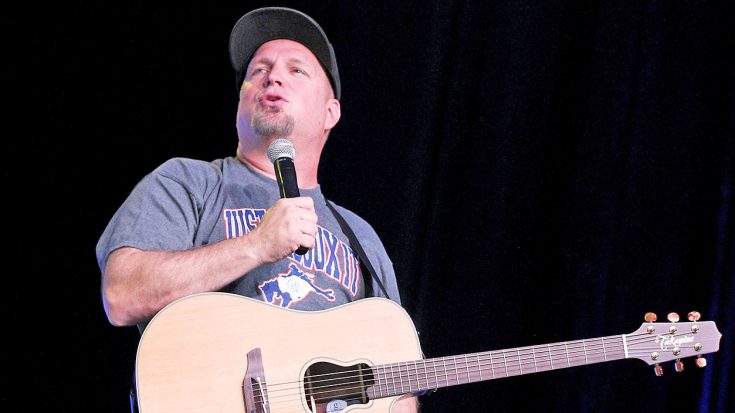 Not only did Garth Brooks recently release a new single “All Day Long” and promise a new album and tour, he is also taking things to the next level with his most recent announcement.

Teasing a surprise on Twitter Monday morning (July 8), Brooks wrote, “‘Never Before’ Is About To Happen In 1 Hour!”

“Never Before” Is About To Happen In 1 Hour!! – Team Garth

This made people wonder…is “Never Before” the title of a new song? Perhaps the title of the new album? For an entire hour, Brooks made his fans crazy with anticipation, up until the moment came at 11:30am EST.

The announcement, which was live streamed from Nashville, was made by former University of Notre Dame football coach Lou Holtz. If you think that is an odd person to be making the announcement – just wait!

“Never Before” Has This Ever Been Done

Holtz revealed that the legendary Notre Dame stadium will be holding its first ever concert, and the person who will be performing is none other than Garth Brooks! Now, Brooks’ earlier “Never Before” tweet, and Holtz’s involvement in the announcement is making a lot of sense!

“Elvis wasn’t available, ” the coach joked, after saying his picks for this huge honor were between Elvis Presley and the “Friends In Low Places” singer.

“It’s never been done before. And it’s our understanding that Garth loves to do things that haven’t been done before,” said Lee Sicinski, Associate Vice President for Event Management at Notre Dame. “To bring a historic event like a Garth Brooks concert to the stadium, it just gives you goose bumps.”

History Will Be Made

Notre Dame is an iconic stadium filled with lots of history, mostly football related, and Brooks is excited to be contributing to that history. Moments after the announcement, Brooks shared a promotional video about the historic event.

“I’m honored, flattered, and I hope when it’s over and they look back and say, ‘Who was Notre Dame’s first?’ and they’re proud to say Garth Brooks,” he said.

Watch that video below.