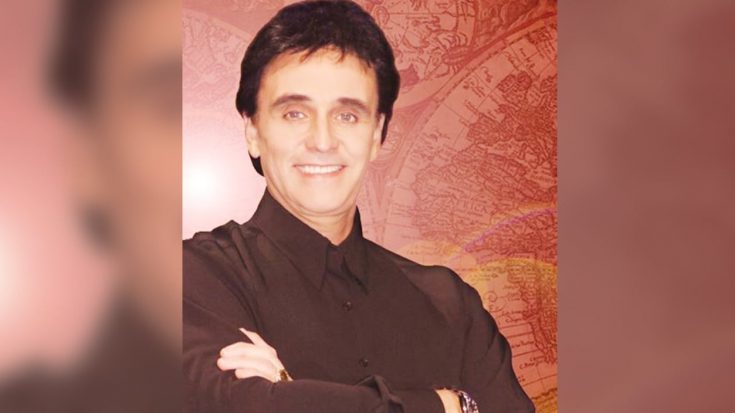 Gary McSpadden was a man of many talents. He was a singer, songwriter, producer, TV host, motivational speaker, and pastor.

McSpadden expressed his love for his faith in everything he did. His music career was centered in gospel music, as he got his start singing in the Southern gospel group The Statesman Quartet. He replaced singer Jake Hess who was on leave from the group for medical reasons at that time.

Later, McSpadden joined Hess in his new Christian music group, The Imperials, and recorded a dozen albums with them.

McSpadden recorded a total of three albums with the Oaks before he left and devoted his time to The Imperials. He was eventually inducted into the Gospel Music Association Hall of Fame with the Oaks in 2000.

In addition to recording with the above mentioned groups, McSpadden was also a member of The Bill Gaither Trio and The Gaither Vocal Band.

As a songwriter, McSpadden penned now-beloved songs of faith, including “Jesus Lord to Me,” “Hallelujah Praise the Lamb,” and “No Other Name But Jesus.” To add to his busy schedule, he produced the Jubilee TV series and served as a pastor at the Faith & Wisdom Church in Branson, Missouri.

McSpadden’s wife, Carol, took to the church’s Facebook page on Wednesday (April 15) to share the sad news that her husband passed away that morning at the age of 77. He had been diagnosed with cancer not long ago, and his condition quickly took a turn for the worse.

“This has been a quick and difficult journey we have been on. We knew this week that God had a plan and his healing would be here on earth or in heaven,” Carol wrote. “As of 8:40 AM Pastor passed peacefully surrounded by his family into the arms of God.”

As most of you know Gary and I have been in Tulsa at the Cancer Treatment Center of America. Gary has been battling…

Posted by Faith And Wisdom Church on Wednesday, April 15, 2020

Due to the COVID-19 pandemic, Carol said plans for a celebration of life ceremony in her husband’s honor would be established at a later date.

The Oak Ridge Boys took to Twitter to mourn McSpadden’s passing, first sharing a tweet as a group that read “A former OAK has gone home today … Rest Easy Gary McSpadden … UNTIL THEN …”

The Oaks also retweeted a message from member Joe Bonsall, in which he expressed his admiration for McSpadden and his musical talent. Read both of those tweets below.

When I was a young singer with The Faith Four Quartet I thought Gary McSpadden was the coolest Gospel Singer ever … He was once an Oak Ridge Boy but I saw him with The Imperials and often imitated (quite badly) his rendition of Gloryland … Rest Easy Gary pic.twitter.com/wsCOiliXX6

It’s clear McSpadden will be missed. May he rest in peace.

Honor McSpadden by watching on of his past performances in the video below. His legacy lives on through his music.