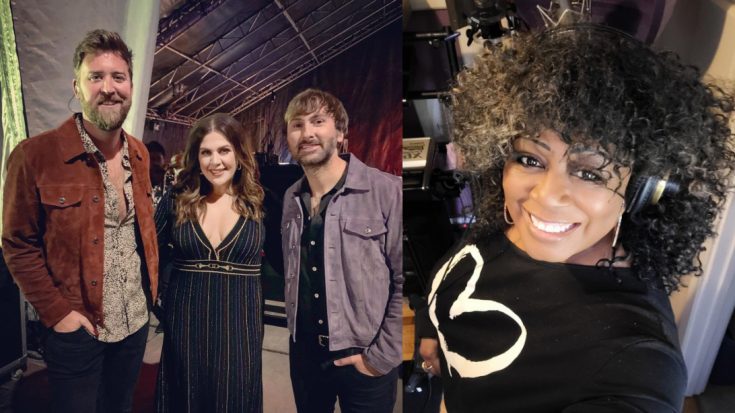 Country trio Lady A, formerly known as Lady Antebellum, has reached a settlement in a dispute over their new name, Lady A.

The group changed name from Lady Antebellum to Lady A in June 2020 after drawing criticism for the name that refers to plantations of the slavery era in the south. At the time the band on social media that they were changing their name and were “embarrassed” that they hadn’t taken into account the era associated with the name of their band.

“We’ve watched and listened more than ever these last few weeks, and our hearts have been stirred with conviction, our eyes opened wide to the injustices, inequality and biases Black women and men have always faced and continue to face everyday. Now, blindspots we didn’t even know existed have been revealed,” the trio wrote on Instagram. “After much personal reflection, band discussion, prayer and many honest conversations with some of our closest Black friends and colleagues, we have decided to drop the word “antebellum” from our name and move forward as Lady A, the nickname our fans gave us almost from the start.”

But, the name change was met with backlash from Anita White, a Seattle blues singer who said that she had been performing under the stage name Lady A since the 1980s. After a failed attempt to reach an agreement with White, “Need You Now” singers took legal action and claimed that White made “an attempt to enforce purported trademark rights in a mark that Plaintiffs have held for more than a decade.”

In addition, the lawsuit alleged that White “delivered a draft settlement agreement that included an exorbitant monetary demand.” That amount was later revealed to be $10 million.

“Today we are sad to share that our sincere hope to join together with Anita White in unity and common purpose has ended,” the band said in a statement to Fox News. “She and her team have demanded a $10 million payment, so reluctantly we have come to the conclusion that we need to ask a court to affirm our right to continue to use the name Lady A, a trademark we have held for many years.”

White countersued and accused the band of trademark infringement.

“The effect of the name change on Ms. White’s ability to distinguish her music in the marketplace was overwhelming,” White wrote. “Internet and social media searches for ‘Lady A,’ which had readily returned results for her music, were now dominated by references to Lady Antebellum. Ms. White’s LADY A brand had been usurped and set on the path to erasure.”

After roughly 18 months, both parties have reached an undisclosed agreement. A motion filed in Nashville federal court on Monday indicated that both the country group and Anita White have asked the lawsuits to be dismissed permanently.

The terms of the settlement were not made public.