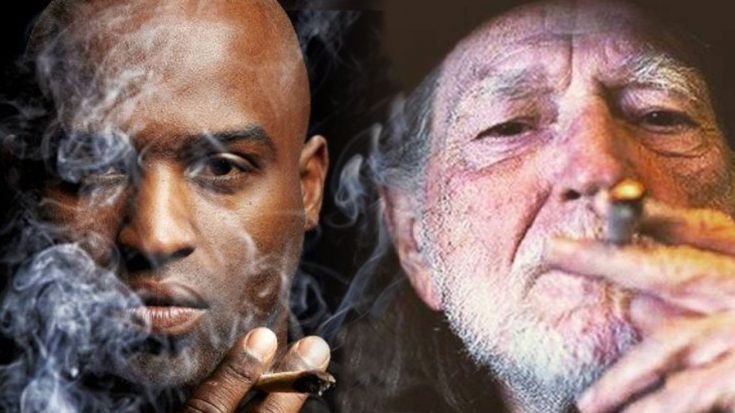 Due to the strict drug regulations within the NFL, it’s not often you have professional football players – active or retired – speak as an advocate for the legalization of marijuana.

One of the most successful ballers the sport has ever seen, Heisman Trophy-winner and two-time All-American Ricky Williams is one of the few NFL voices in favor of legalization.

Appearing alongside fellow cannabis connoisseur, actor Seth Rogen, on talk show Any Given Wednesday with Bill Williams, the football player and the A-list actor played a game coined “Weed Round.” During the game, Williams revealed that he once smoked weed with one of the most famous lovers of marijuana, none other than country music living legend Willie Nelson.

“I don’t have a surprising person, but I have a cool person. I think the most epic time, I got on Willie Nelson’s bus,” Williams said. “It was an interesting time because I was playing in the NFL, so I was being drug tested twice a week so I had to be careful how I did this. It was embarrassing. He smoked me under the bus. Bad. I was crawling off the bus.”

According to Williams, he was drug tested over 500 times during his 11th season stay in NFL, admitting the fear of failing a third drug test as one of the reasons behind his early retirement.

Williams was famously diagnosed with a series of psychological disorders including borderline personality disorder during his time in the NFL, the athlete acted briefly a spokesperson for the drug Paxil as treatment. However, Williams found marijuana as a more beneficial source of treatment for his disorders.

You can watch the hilarious interview below.