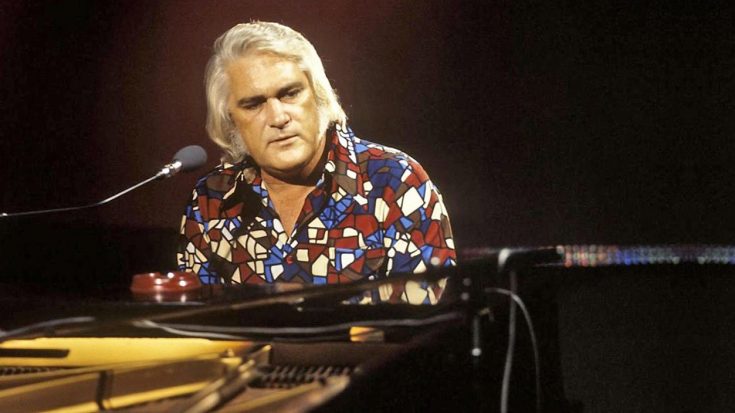 Known in many circles as the Silver Fox, this country legend achieved booming back-to-back hits overnight…

Born December 14th, 1932, Charlie Rich initially found success in the music industry as a session musician and songwriter for famed artists like Jerry Lee Lewis, Johnny Cash, among many others.

On This Day: July 14, 1958
Charlie Rich has his 1st recording session for Sun Records in Memphis, Tennessee, which inc. ''My Baby Done Left Me" written by Charlie but unissued at the time. It was l8r released in 1986 by Charly Records Sunbox – SUN RECORDS – THE ROCKING YEAR pic.twitter.com/jSS526bTnQ

Rich became notable as a singer with his 1960 hit, “Lonely Weekends,” in which critics likened his vocals to Elvis Presley. The track went on to sell over one million copies and the RIAA awarded him a gold disc for its performance.

Although Rich issued out a few handfuls of songs over the following decade, none achieved much success. With the help of producer Billy Sherrill, Rich made a bold move and decided to rework his image into a Nashville Sound ballad singer.

His choice paid off when the 1973 title track from Behind Closed Doors landed in the number one chart position, quickly followed by his second single from the album, “The Most Beautiful Girl.”

That album would prove to be the keystone to his incredible success in the music industry. The same year, Rich won a Grammy for Best Male Country Vocal Performance, four ACM awards, and three from the CMA. Trailing his near-instant success, his hits began to cross over to the pop charts. With this newfound popularity, his record company re-released his earlier material and his fans loved it! The CMA named Rich Entertainer Of The Year in 1974.

With his amazing talent, stunning hits across multiple genres, and fantastic songwriting, it is no question how Charlie Rich became such a legend. Unfortunately, Rich passed away in 1995 from a pulmonary embolism while traveling to see his son perform. The music industry as a whole will never forget him.

Check out amazing live performances of his two biggest hits in the videos below!