Fate Of Future ‘Coat Of Many Colors’ Films Revealed 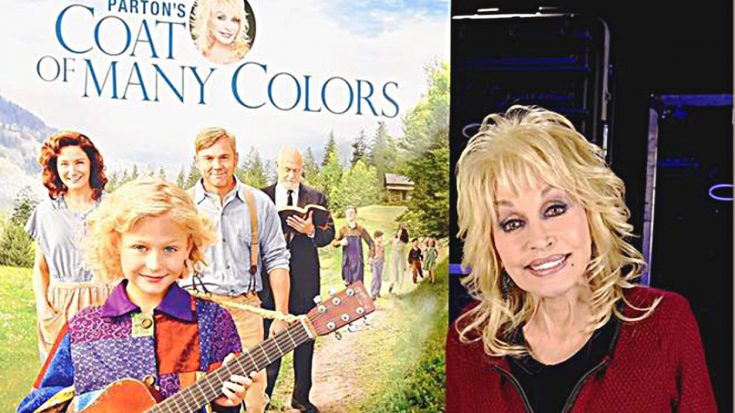 After Dolly Parton‘s Coat of Many Colors film broke television records in December 2015, fans were left wanting more. Parton was happy to deliver, and its sequel, Christmas of Many Colors: Circle of Love, debuted the following year.

The sequel was almost as successful as the first film, and fans were once again anxious to have another movie to enjoy. But when the 2017 Christmas season came and went with no new movie, fans started to wonder about the fate of future sequels.

Finally, on Thursday (March 1), Parton revealed the fate of future Coat of Many Colors films. Unfortunately, it’s not the news you were hoping for.

During an interview with ABC Radio, Parton confirmed that Christmas of Many Colors was the last film in the Coat of Many Colors series. When asked if there would be any other movies, she said, “Not at this point.”

However, Parton assured fans that she still wants to tell her life story through other films. “There’ll be different movies done, based on different parts of my life, because I have a life of many colors,” she said. “So we’ll be doing other things about my life, but I don’t know that we’ll do another ‘Coat of Many Colors.'”

As for who will play Parton in those films, she has the perfect person in mind: Alyvia Alyn Lind, the actress who played “Little Dolly” in the Coat of Many Colors films. Since Lind did such a wonderful job at playing her, Parton thinks she’d be the best pick for future films:

“I’m hoping that she will be able to do that, even when I’m a teenager, when she grows up,” Parton said. She later went on to add, “I just love little Aly. You know, she did so good and everybody just fell in love with her. So they’ll always tag her to me and I’ll always tag myself to her.”

We agree, we’d love to see Lind continue to play Parton through the years! Her personality is perfectly matched to Parton’s, as you can see in her behind-the-scenes interview clip below.

While you’re surely sad to hear that there are no more Coat of Many Colors films planned, we bet you’re excited to hear about the future movies Parton has lined up!