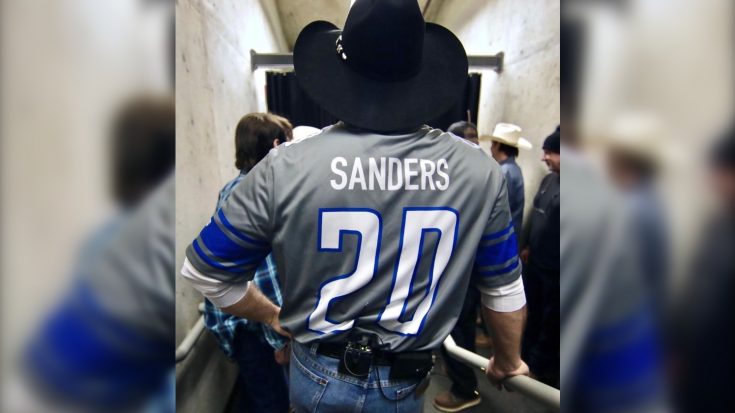 Beloved country singer Garth Brooks got a lot of heat from fans following a recent performance at Ford Field in Detroit, Michigan – which is the home of the Detroit Lions NFL team.

“Detroit
You carried me all night long
But you always have
I’m in love with you! love, g”

The photo showed him off-stage just before he went on to perform. He was wearing the “Sanders #20” jersey and his signature black hat.

While most NFL fans would know Barry Sanders by his reputation and the striking blue color of the Detroit Lions jersey – many Trump-supporting fans took to the comments and berated Garth Brooks for “supporting Bernie Sanders.”

Detroit You carried me all night long But you always have I’m in love with you! love, g #GARTHinDETROIT

It’s clear that many of these folks wrongly assumed he was making a political statement – when, in reality, he was just trying to show some love to one of his favorite sports stars.

See some of these comments below and let us know what you think of this mess.

Facebook forgot who Barry Sanders is and is freaking out at Garth Brooks for wearing a jersey and I’m dying. pic.twitter.com/wVfAKU7Cn1