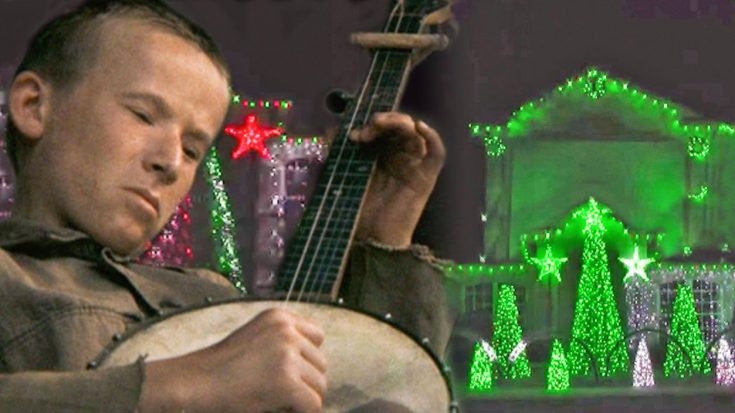 What’s better than a house decorated with Christmas lights? When that house’s lights are synchronized to one of the most iconic songs in country music history!

A family, who seems to be known for their Christmas lights display based on their YouTube channel, set their display up and synched it to the tune of the iconic song “Dueling Banjos.”

“Dueling Banjos” was composed by Arthur “Guitar Boogie” Smith in 1955. Originally titled “Feudin’ Banjos,” it was first aired on television in 1963 on The Andy Griffith Show.

The tune was made extremely famous when it was used in the 1972 film Deliverance. It reached number one on Billboard‘s Easy Listening chart, number two on the Hot 100 chart, and number five on the Hot Country Singles chart.

With each strum of the banjo, the lights change color. Right on cue, each little tree on their front yard illuminates in white, red, or green lights, as well as stars, wreaths and the lights outlining the roof of the house.

It gets really good when the song speeds up and the lights go crazy. We can only imagine how much work was put into this! Check out the incredible light show below!