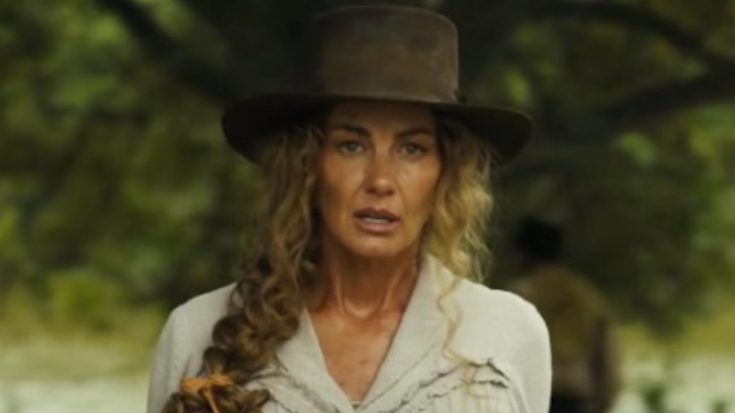 Tim McGraw and Faith Hill have been cast as James and Margaret Dutton in the new Yellowstone prequel series 1883. Their characters are the ancestors of Yellowstone‘s John Dutton…to be specific, they’re his great-grandparents.

McGraw and Hill star alongside Sam Elliott, who plays a cowboy and war veteran named Shea Brennan. Actress Isabel May will play their daughter, Elsa Dutton, and Billy Bob Thornton will also appear in the series.

In addition, it was announced that Tom Hanks will have a guest role in one of the episodes.

1883 debuts on December 19 exclusively on Paramount+. McGraw and Hill have been talking a lot about the show in the leadup to the premiere.

Recently, Hill shared a behind-the-scenes clip on social media that shows how 1883 was filmed. She spoke about her experience starring in the show, writing in the caption:

“I have never worked harder on a project or had as much fun as I’ve had being a part of 1883,” Hill said. “The journey of bringing this story to life is a massive undertaking that would not be possible without the tireless work of our outstanding crew. 1883 premieres this Sunday!“

You can watch the behind-the-scenes clip Hill shared below. We can’t wait to see her and McGraw in 1883!