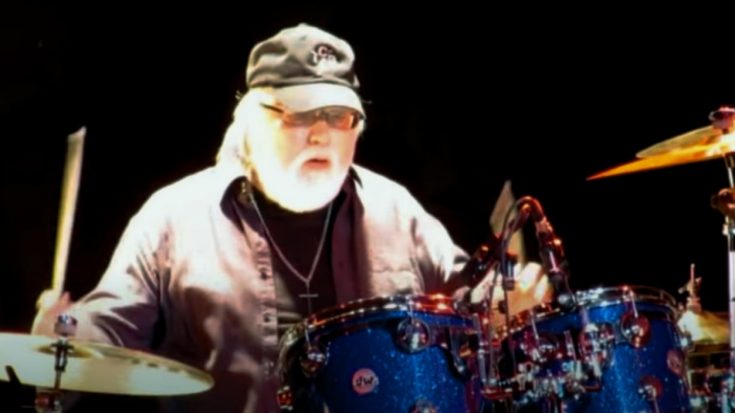 The world just lost one of its greatest musicians.

Ronnie Tutt, known as Elvis Presley‘s incredibly talented drummer, passed away on October 16 at the age of 83. Elvis Presley Enterprises confirmed the news of Ronnie’s passing on the Graceland website:

“All of us with Elvis Presley Enterprises were deeply saddened to learn of the passing of Ronnie Tutt. In addition to being a legendary drummer, he was a good friend to many of us here at Graceland.“

In addition to performing with Elvis, Ronnie went on tour as a member of Neil Diamond’s band. He also played for other iconic figures such as Johnny Cash, Glen Campbell, Kenny Rogers, Elvis Costello, Stevie Nicks, and Roy Orbison.

Even after Elvis’ death, Ronnie continued to play his music. He also loved to speak to Elvis’ fans and could be seen at Graceland celebrating Elvis Week and Elvis’ birthday. Because of his unwavering devotion to Elvis, Elvis Presley Enterprises remembered Ronnie as “an amazing ambassador to Elvis’ legacy.”

Elvis’ ex-wife, Priscilla Presley, also paid tribute to Ronnie after he died. She shared an emotional statement on Instagram, writing:

“Rest In Peace my friend. Your sweet soul and great talent captured us all. Elvis always bragged how you intuitively could keep up with his stage moves. Even when he tried to trick you…You will be forever missed.”

You can read Priscilla’s full tribute to Ronnie below.

Watch Ronnie in action by checking out the following video. This footage comes from one of Elvis’ concerts in 1977, and shows him introducing Ronnie before he starts playing a drum solo.

Our hearts and prayers go out to Ronnie’s loved ones during this sad time. May he rest in peace.