Elvis Presley’s Cousin Says He Kept Donkeys In His Pool 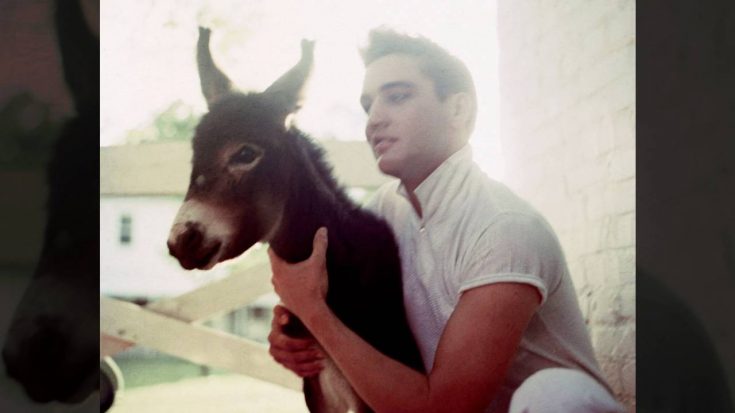 One of the many things Elvis Presley was famous for was his residence, Graceland.

The sprawling 13.8-acre estate in Memphis, Tennessee has now become a tourist destination and National Historic Landmark. Fans can tour the gorgeous mansion that Presley once lived in, as well as the grounds, which includes the Meditation Garden where he, along with many of his family members, lays.

Not only did Elvis, Priscilla, and his parents all live at Graceland, so did a plethora of animals. Dogs, cats, horses, fish, peacocks, and donkeys all called Graceland “home” at one point.

In a recent video on the Memphis Mafia Kid YouTube channel, Elvis’ cousin, Billy Smith, revealed where exactly one of these animals was stored for a bit. Smith said that when Elvis first bought Graceland and was moving in there, the animal stalls and fences hadn’t been built and he needed somewhere to put his donkeys.

Even though the stalls hadn’t been built, the pool had, so the donkeys were put into the empty pool.

When you’re as famous as Elvis, you can get away with something like this! Check out the full video Elvis’s cousin did below.