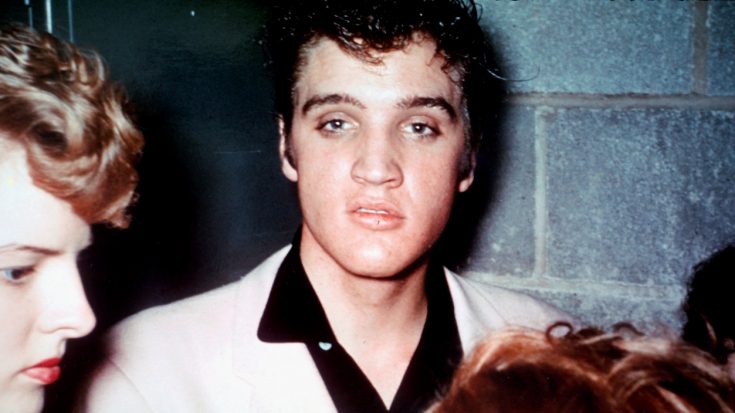 An iconic mansion from Elvis Presley‘s past is teetering on the edge of absolute destruction – to make way for a multi-level parking structure and other planned buildings…and one group is trying to save it all.

Home to Presley for years before famous actress Zsa Zsa Gabor purchased it in 1974, this elaborate estate has hosted some of the most elite celebrities throughout the decades.

Built by Howard Hughes in 1955, many U.S. presidents, dignitaries, and other top-tier people have dined in its exquisite hall and even the Queen of England has been entertained in this historic home.

Smack dab in the heart of Bel Air, this one-of-a-kind palatial home has a panoramic view of Los Angeles and extends all the way to the Pacific Ocean.

Featured as Liberace’s house in the movie “Behind the Candelabra,” this piece of living history has now been sold for the second time since Gabor’s death in 2016 and is planned to be torn down and have a new mega-mansion built over the top with a two-story parking structure on the side of it.

An Instagram post from Save Iconic Architecture has gained much attention as they seek to have the home placed on a registry as a local landmark and save it from absolute destruction.

“The home now looks to be torn down, unless urgent action is initiated to landmark the structure right away. When it was sold, the sale included plans for a 24,020 square-foot mega-mansion, which will be erasing a piece of Hollywood history and another iconic structure…”

Urgent action is needed to save John Elgin Woolf designed home of Zsa Zsa Gabor. The belongings have been auctioned by her 9th husband Fredric von Anhalt. The Regency-style estate was built in 1955 and was featured as Liberace’s house in Behind the Candelabra. It was once home to Elvis Presley before it was purchased by Gabor in 1974. It has six bedrooms and seven bathrooms with details such as mirrored walls, and ornate chandeliers and sconces.It also has a pool and boasts panoramic views from Downtown Los Angeles to the Pacific Ocean. The home boasts an “…exquisite dining room that has entertained guests such as Queen Elizabeth, US Presidents, CEO's, dignitaries and celebrities.” The home was built by Howard Hughes and rented to Elvis Presley originally. The home now looks set to be torn down, unless urgent action is initiated to landmark the structure right away. When it was sold, the sale included plans for a 24,020-square-foot Mega-Mansion, which will be erasing a little piece of Hollywood history and another iconic structure. The new home will include new construction of a two-story house as well as a new pool along with covered loggias. Additionally the plans also call for a parking garage the size of two single-family homes on the acre of property. #zsazsagabor #gabor #belaire #regencyrevival #hollywoodregency #beverlyhills #zsazsa #belair #liberace #elvispresley #oldhollywood #hollywoodglamour #johnelginwoolf

A post shared by Save Iconic Architecture (@saveiconicarchitecture) on Dec 26, 2018 at 10:17am PST

We agree that it would be a shame to lose such a beautiful and unique part of history – especially one of Elvis’ former homes!

Check out all the photos shared by Adam Latham on Facebook below and let us know what you think should happen to this one-of-a-kind house!