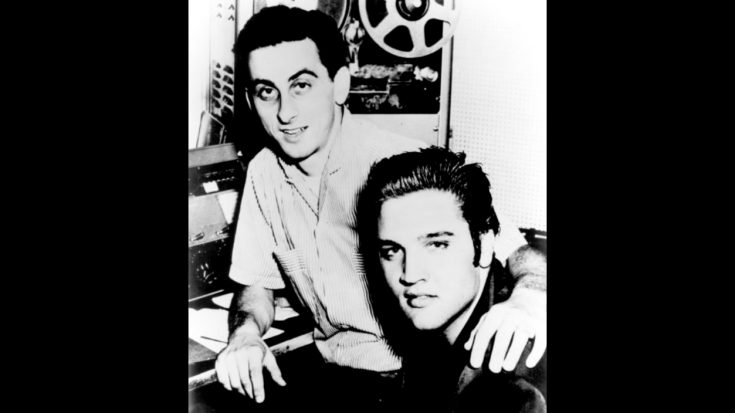 Elvis’ Best Friend Stuck By Him To The End

While some celebrities seem to embrace their superstar status and use it to generate a huge group of friends, one major music icon did the exact opposite.

Throughout his career, Elvis was known for being extremely private, only allowing a select group of people to get close to him. These people, who came to be known as “The Memphis Mafia,” consisted of some of Elvis’ most loyal friends, people he knew he could trust and depend on.

One of those people was a man named George Klein.

George and Elvis’ friendship dates back further than you probably ever realized. The two met when George was in the eighth grade at Humes High School in North Memphis, and quickly struck up a friendship.

It was a friendship that lasted. George could consistently be found by Elvis’ side throughout every phase of his life. He even had cameo roles in eight of Elvis’ famous films.

The Praise He Had For His Pal

Their friendship was as strong as could be, and the two remained friends until “The King” passed away in 1977.

Outside of his friendship with Elvis, George was known and beloved for his role as a radio DJ. He was on the radio throughout his life, but in more recent years, was known as the host of SiriusXM’s Elvis Radio as well as the George Klein Original Elvis Hour on station WLFP FM.

On top of sharing Elvis’ music and telling his story on radio, George also wrote a number of books on the time they spent together. The first of those books, 2007’s Elvis Presley: A Family Album, contained many never-before-seen photos of Elvis.

We lost a wonderful man & huge piece of #Memphis history today. George GK Klein passed away at age 83. He met Elvis in the 8th grade & was part of the famed Memphis Mafia. The Geeker was a talented DJ, author of 2 books and always a pleasure to interview. RIP, sir.
?❤️?? pic.twitter.com/c99OI3aYtn

In 2018, George was inducted into the Memphis Music Hall of Fame. 32 years prior, he was on hand to speak when his childhood best friend was named as one of the inductees into the Rock and Roll Hall of Fame.

Elvis’ ex-wife, Priscilla Presley, had personally reached out to George and asked if he’d say a few words about Elvis at the ceremony. What he had to say proved just how strong his bond with Elvis was, and how much he respected him.

Unfortunately, George was uneventfully unable to champion his childhood friend in public and on the radio like he had done for so long. His health recently began declining, and fans knew he wasn’t well thanks to updates provided by Priscilla.

On inquiries about George Klein…he did indeed fall and broke his hip. He has had an operation and is in rehap…

On Tuesday (February 5), Priscilla indicated that George had taken a turn for the worse, and that hospice had been called in.

He has been with hospice care…Prayers for George Klein

Just a few hours later, the sad news everyone was dreading came…George had passed away. He was 83 years old.

Rest In Peace George, you were loved.

According to WMC Action 5 News out of Memphis, George passed away at the Memphis Jewish Home on Tuesday evening. One of his dear friends, David Fleishman, spoke to the outlet about his final moments.

“The last thing George heard was my sweet wife telling him how much people loved him,” David said.

What David’s wife told George just before his passing is completely true. He was beloved not only as Elvis’ friend, but as a champion of his music. His work to keep his best friend’s legacy alive helped him establish a legacy of his own, one that will never be forgotten.

May George rest in peace. Our prayers go out to his family, friends, and all who loved him.