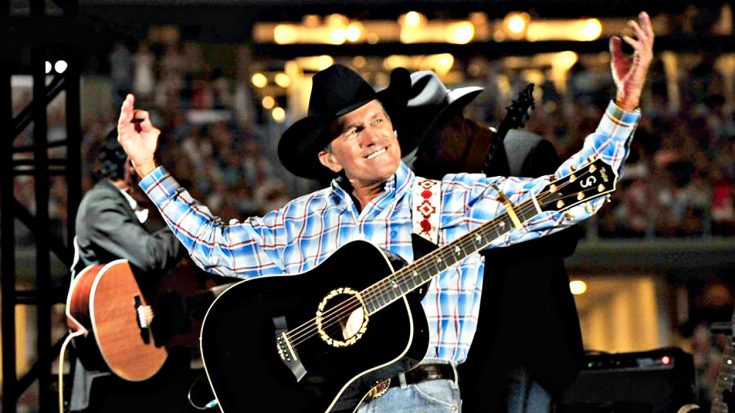 After 18 shows already, the unstoppable King of Country is giving fans everything they’ve been asking for: a new album, great new music, and more opportunities to see him live!

So, saddle up and get your Sunday best on, because you’re headed to see George Strait in Vegas – if you can get tickets, that is!

Hot off the heels of his major radio comeback (he hasn’t had a Top 20 hit in six years) and the announcement of his newest album Honky Tonk Time Machine – George Strait is ramping up the fun and adding even more shows to his top-selling Las Vegas residency.

For a highly-publicized and limited-run series of concerts in Las Vegas, George Strait played a smattering of dates throughout the holidays and into the spring of 2017 with people scrambling to get seats to this rare live show from The King of Country Music.

Tickets sold out within just minutes of going on sale and his continued success at drawing huge crowds for a concert was clearly alive and well. Following the concerts in Vegas, Strait played the Houston Rodeo and then kept pretty quiet for a few months – but, as they say, there’s always a calm before the storm!

In this brand-new announcement, one of the most sought-after and beloved musicians in country music history has added more dates to his very in-demand Vegas showcase – and you want to make sure you’re ready, ’cause those tickets go fast.

If the honky tonk's walls could talk, this is what they'd be sayin'!

Featuring very special guest (and Grammy nominee) Ashley McBryde, George Strait will be bringing his “Strait To Vegas” show back to Sin City’s T-Mobile Arena on December 6th and 7th 2019.

Finish your 2019 off in style with a trip to Las Vegas to see @GeorgeStrait with @AshleyMcBryde at T-Mobile Arena on December 6 & 7. Tickets on sale Friday, March 22. Visit https://t.co/N3ptUB19S5 for more details. pic.twitter.com/KF7Pi9mpwK

Make sure you’re ready to snag your tickets to a show on March 22nd – and be sure to pre-order his newest album as well.

Watch one of his brand new songs “God and Country Music” that features his young grandson, Harvey, below and let us know when you’ll be seeing The King!