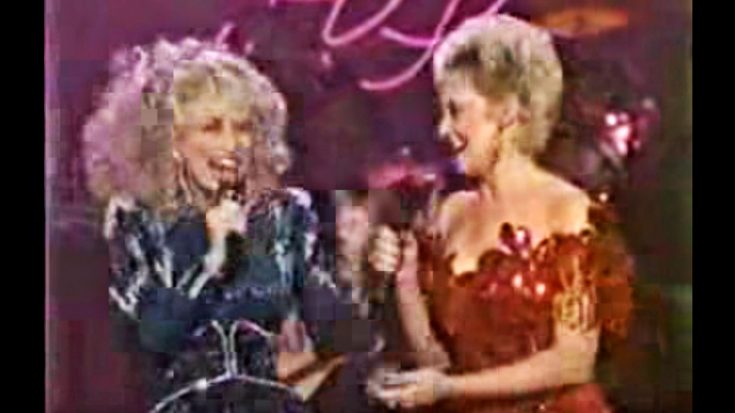 In this unforgettable moment that was captured more than 30 years ago, these country queens took the stage for a moment of pure country bliss – and delivered a roaring show that anyone within earshot could not get enough of!

Together, Dolly Parton and Tammy Wynette have a seemingly endless number of hit songs and in this rare moment, they soared off into a brilliant medley of Wynette’s discography that had both of them beaming with smiles.

Beginning the show, Dolly and Tammy talk about their roaring No. 1 hits that competed with each other in a friendly, hilarious banter that had the whole crowd rolling with laughter. They each cracked the other up, and celebrated Wynette’s massive musical legacy.

Without a moment’s notice, Parton says that Wynette will start singing her own songs and she’s going to join in, adding that she’ll “try not to mess it up too bad.”

Watch these adorable friends and musical geniuses in their one-of-a-kind performance below.