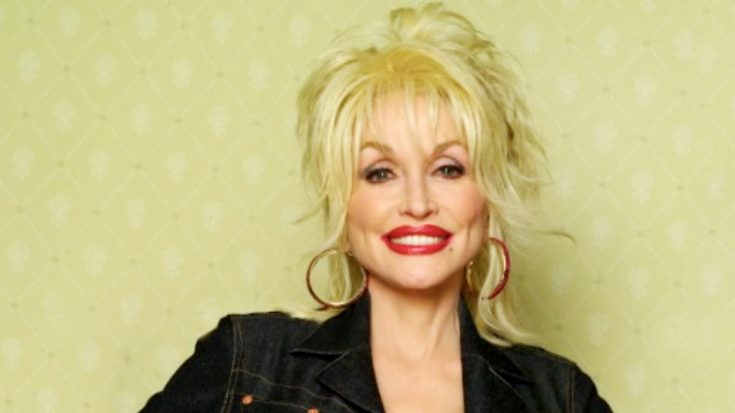 Dolly Parton has truly done it all. She’s a singer, songwriter, and actress. She has her own namesake amusement park, she founded the children’s book gifting program The Imagination Library, and most recently, created her own perfume.

But even after doing all of these things, Parton still wants to do more.

Parton has made it clear that she never plans to retire. Even at the age of 75, Parton can’t imagine herself ever slowing down.

“I don’t know why I’d ever want to stop,” she told The Times in November 2020. “Especially after you get older, you need things to do. I’d rather wear out than rust out. You only have one life. No, I won’t retire.“

Since Parton plans to keep working for as long as she can, she still has some things she wants to accomplish. She recently spoke about one of these things in a post on her social media pages.

In honor of Book Lovers Day on August 9, Parton posted an old photo of herself posing with a bunch of books. She shared how books can be incredibly impactful, writing, “The seeds of dreams are often found in books, and the seeds you help plant in your community can grow across the world.”

After that, Parton shared one thing she dreams of doing at some point. “I dream of writing my own novel one day,” she said. She also included a winking emoji, making us wonder if she’s implying she’s already in the process of writing that novel.

Although Parton has never wrote a novel before, she is already an author. She published a collection of poetry, an autobiography, a cookbook, and multiple children’s books.

Parton’s most recent book, Songteller: My Life in Lyrics, was released in 2020. The book looks deeper into Parton’s songs that helped her become the beloved country music star she is today.

Even with all of those books under her belt, Parton has yet to publish a novel. We hope she gets the chance to do so in the future.

Tune in to the video below to hear Parton talk about some of her favorite books. Maybe one day Parton will be able to put her own novel on her bookshelf!