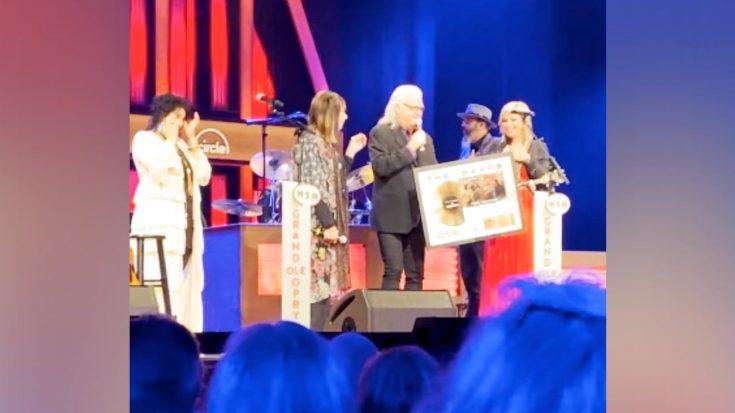 The members of the bluegrass and gospel group The Isaacs are on Cloud 9 after being surprised with the news so many artists dream of hearing. They’ve been asked to become the newest members of the Grand Ole Opry!

The family group is known for their touching renditions of gospel staples such as “I Know Who Holds Tomorrow,” “I Surrender All,” and “Walk Together Children.”

Over the course of their 35+ years of performing, The Isaacs have won multiple Dove Awards and have been nominated for several Grammys.

The Isaacs have been regular performers at the Opry for ages. Since they’ve been such devoted guest performers, the Opry felt they’d be the perfect group to add to its list of inductees.

During a performance at the Opry on Tuesday (August 10), the Isaacs were surprised by longtime member Ricky Skaggs. That’s when he asked if they’d like to become the newest members of the Grand Ole Opry.

According to the Opry website, the Isaacs will be inducted into the Opry on September 14.

Carly Pearce, who was recently inducted into the Opry herself, commented “YES YES YES!!!” under the Opry’s post about the Isaacs. Fellow Opry member Rhonda Vincent also celebrated the news.

Vincent posted a video on Facebook that captured the moment when Skaggs surprised the Isaacs with the invitation to join the Opry. Their reactions were priceless! You can tell how much this means to them.

“The Isaacs have just been invited to be the next members of the Opry!!” Vincent wrote in the video’s caption. “Congratulations to my incredible friends!! So happy for you!!!”

Head below to watch the video of the Isaacs being asked to join the Opry. Congratulations to them!