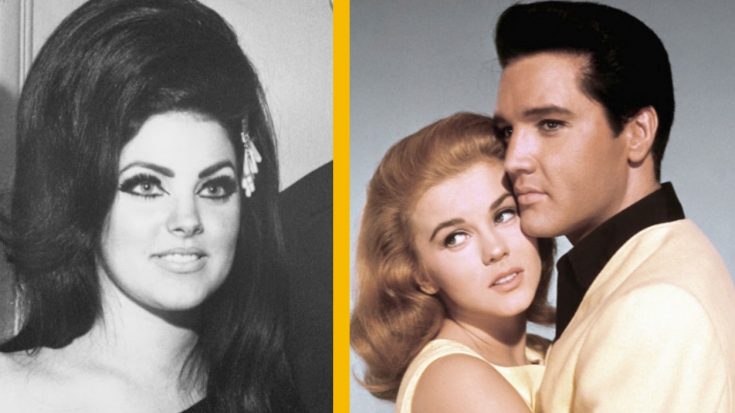 Elvis Presley and Ann-Margret were cast as love interests in one of the ’60s most iconic musicals, and Priscilla Presley had strong feelings about the pairing.

At the time, Priscilla and Elvis were not yet married. According to Priscilla’s memoir Elvis and Me, she was very uncomfortable with the casting choice. When Elvis left Graceland, his future bride desperately wanted to share her feelings, but Elvis was too busy to spare her a moment of privacy.

Ultimately, Priscilla assumed that even if she discussed her thoughts about Ann-Margret with Elvis, the conversation would not change the situation. She wrote:

“I realized that even had I told him my fears, he could have said nothing to put my mind at ease, because one evening he had made the mistake of telling me about the romances he’d had with many of his co-stars.”

At the time, Priscilla struggled to make peace with Elvis’ past love life. While Priscilla tried to make excuses for the icon’s previous romances, she was also confident that Elvis and Ann-Margret would begin an affair.

“Trying to listen calmly to these stories, I justified his behavior by reminding myself that I’d been living in Germany during those years and that we’d had no real ties then,” Priscilla explained.

Unfortunately, Priscilla’s predictions proved to be correct. Elvis and Ann-Margret dated for about a year. Eventually, the King ended the love affair due to his commitments to Priscilla.

For more on Elvis and Priscilla’s relationship, check out the following clip.