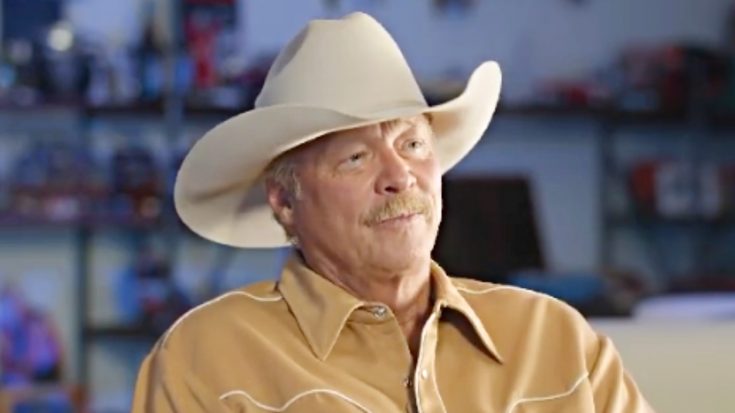 Alan Jackson’s next single, “You’ll Always Be My Baby,” has an emotional backstory.

The country singer, 62, who recently returned from a hiatus from music, wrote the song for his oldest daughter, Mattie’s, wedding day. In a statement obtained by popculture, Jackson described the song to his label. He explained:

Jackson and his wife, Denise, have two other daughters, Alexandra and Dani. The country singer admitted that he wrote “You’ll Always Be My Baby” for all three of his daughters.

“Look, I’m just going to write one song and all three of y’all [his daughters] can use it for your dance if you want to,” Jackson recalled telling his girls. “I said, ‘I don’t want to have to write three different songs. So, I’ve used it twice now.”

While the singer explained that all of his daughters were “very touched” by the song, it was the reaction from his late son-in-law that he remembers most. Mattie’s husband, Ben Selecman, passed away in September 2018 after falling off of a boat dock and suffering a traumatic head injury. Jackson recalled:

“I remember we were at home and said we had written this thing. I had a rough demo of it or something, and we went out in the garage and sat in the truck because I didn’t have any way to play it in the house. I don’t know what I had…I may have had a CD or something. I don’t remember now. And we played it and I remember [Selecman] looking emotional about it and saying that was just perfect or something to that effect. And that stuck with me. And he’s – it was Mattie’s husband who died accidentally after not quite the first year they were married. So that was a nice memory to have of that.”

Listen to the full song in the following video.