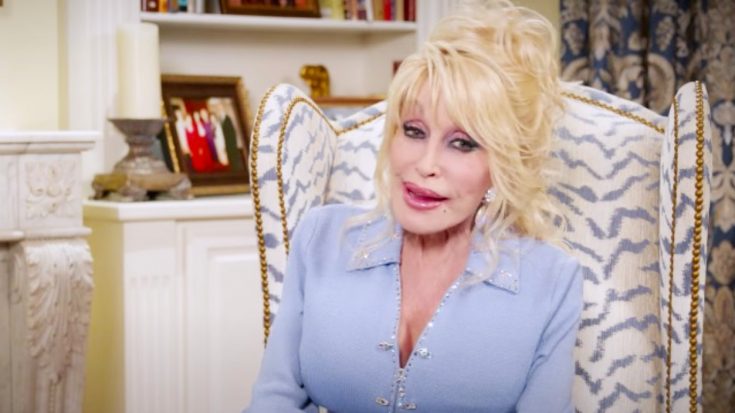 Dolly Parton and her husband Carl Dean have been married for over 50 years. But despite Dolly’s superstar status, little is known about her husband.

Carl is famously reclusive, and has hardly ever been photographed. He doesn’t accompany Dolly to events, and remains at home whenever she is busy traveling.

Dolly has said all along that one of the main reasons why her marriage works so well is because she stays away from Carl for long periods of time. This tied in to some marriage advice she gave young country singer Gabby Barrett, who married Cade Foehner in 2019.

While speaking with Gabby, Dolly said it’s important for married couples to respect each other’s space:

“We’re not in each other’s face all the time,” Dolly said of her and Carl. “I think there’s a lot to be said about having some sensible separation because you can’t be with somebody 24/7, 365 and not want to smack their face now and then.“

But even though Dolly and Carl don’t spend every waking moment together, they still have their tense moments just like any other couple. However, she says the two of them “have never fought.”

“We’ve never bickered back and forth because I never wanted us to say bad things that we would have to remember,” Dolly said. “We get a little p—- now and then, but we’ll just kind of walk off or go do something else and let that die down.”

Later on, Dolly doubled down on her advice, saying how important it is to respect your partner’s opinions and space:

“It’s best just to go to the other room rather than getting in a big old argument about it, cool off and know they’re just as entitled to their opinion and their space as you are yours,” she said. “So if you can think of it like that, and just know that when you both feel like you can calm down and talk about it, that’s where the love is supposed to come in and the understanding…“

If you want to hear Dolly talk more about her marriage to Carl, check out her chat with Gabby in the video below.

Clearly Dolly knows what she’s talking about, since she and Carl have made it work for so many years!