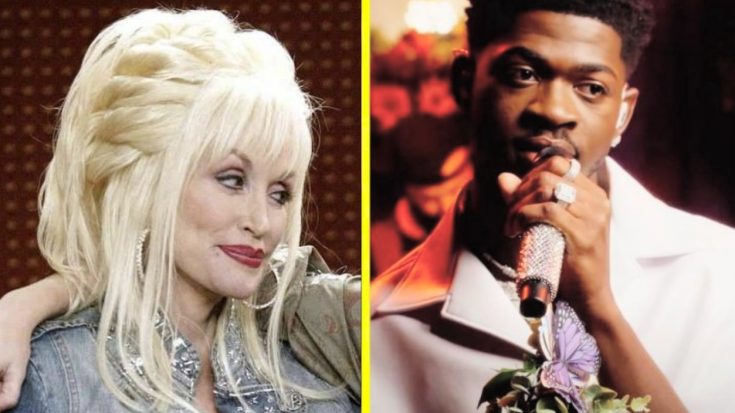 In 2019, hip-hop artist Lil Nas X gained major notoriety when he released his song “Old Town Road.” The song sat atop the Hot 100 chart for a record-breaking 19 weeks. Many remixes have been made, but his collaboration with Billy Ray Cyrus was the most popular.

Their collaboration won Grammy Awards for Best Music Video and Best Pop Duo/Group Performance, a CMA Award for Musical Event of the Year, among many other accolades. His CMA win made him the first openly gay black artist to ever win a CMA Award.

Since his “Old Town Road” release, the rapper/singer has stayed in the Hip-Hop and Pop genres, but in a recent performance in the BBC Radio 1 Live Lounge, where he performed two of his songs “Dead Right Now” and “That’s What I Want” along with a cover of a country classic.

Lil Nas X, whose real name is Montero Lamar Hill, performed the song in a much lower register, which fans have been praising endlessly on YouTube.

“God his voice is beautiful. You can tell he’s been working on it and it’s so [expletive] good,” one wrote, while another said, “I love everything about this. His voice. His fit. The mic with flowers. The band. EVERYTHING.”

Here are a few other comments:

“This is a great cover and you can’t contradict this.”

“Damn that low husky voice melting in your ears!! Incomparable!”

“There is nothing this power house can’t do. I hope he teams up with Dolly for something new. Imagine that…”

Watch Lil Nas X’s cover of “Jolene” in the video below.

The video has over 1.4 million views. One of those views belongs to Dolly Parton herself. She wrote on Instagram what she really thought of his take on her hit song.

“I was so excited when someone told me that Lil Nas X had done my song ‘Jolene’. I had to find it and listen to it immediately…and it’s really, really good,”she said. “Of course, I love him anyway. I was surprised and I’m honored and flattered. I hope he does good for both of us. Thank you.”