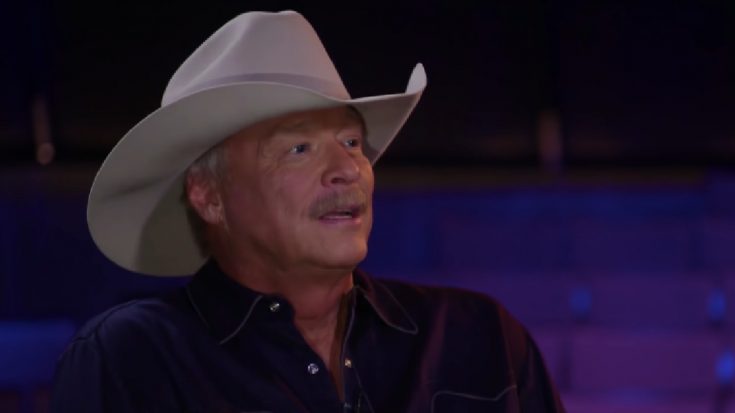 Legendary country artist Alan Jackson recently shared that he was been diagnosed with neuropathy and a neurological disease. In an interview with the TODAY Show, Jackson discussed whether or not he plans to retire now that his symptoms are worsening.

Alan Jackson recently sat down with TODAY’s Jenna Bush Hager to open up about his Charcot-Marie-Tooth Disease diagnosis. The degenerative nerve condition affects the singers mobility and balance and he wanted to come clean with his fans so they wouldn’t question why he was struggling to move on stage.

“I have this neuropathy and neurological disease,” Jackson said. “It’s genetic that I inherited from my daddy … There’s no cure for it, but it’s been affecting me for years. And it’s getting more and more obvious. And I know I’m stumbling around on stage. And now I’m having a little trouble balancing, even in front of the microphone, and so I just feel very uncomfortable.”

CMT doesn’t shorten life expectancy, but may eventually immobilize its patients. “It’s not going to kill me. It’s not deadly,” Jackson said. “But it’s related (to) muscular dystrophy and Parkinson’s disease.”

When discussing his future plans, Jackson made it clear that he wouldn’t typically complain or bring up his health issues, but did so due to it affecting his performance on stage.

“I don’t know how much I’ll continue to tour. I always thought I never wanted to do the big retirement tour, like people do, then take a year off and come back,” Jackson said. “I’ve always admired some of my heroes…Merle Haggard, George, and Willie Nelson still playing out there at nearly 90-years-old. Charley Pride and Loretta…they just never retire. They play as much as they can and want to. I always thought I’d like to do that, and I would like to do that if my health will let me do that.”

Jackson, who turns 63 in October, hopes to leave a legacy that is bigger than than anything else his life has thrown at him.

“I’ve always believed that the music is the most important thing. The songs. And I guess that’s what I’d like to (leave) if I had a legacy.”