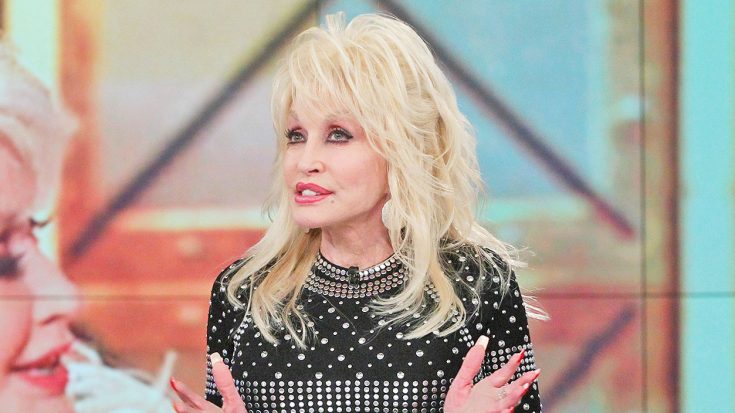 Within the last few years, Dolly Parton has proved that she and her music have not gone out of style.

In 2015, Parton delivered record-breaking numbers when NBC aired her made-for-TV movie Coat of Many Colors, and its 2016 sequel Christmas of Many Colors: Circle of Love. With the success of those two films, Parton had announced that she would be doing something similar with a few of her other songs including “Jolene” and ” The Seeker.”

But since the 2016 Christmas film, we haven’t heard much. Until recently…

On June 3, Parton’s 9 to 5 co-star Lily Tomlin let it slip at a panel for her own show Grace & Frankie, which also stars their other 9 to 5 co-star Jane Fonda, that the “I Will Always Love You” singer had inked a deal with the streaming service, much to Fonda’s surprise!

“We’d like to see Dolly and we keep hoping we’ll work out a schedule, but she’s just so busy,” Tomlin said. “She does so many things, and now she has a big show deal herself at Netflix, so I don’t know.”

“She does?” Fonda asked.

Tomlin explained, “It’s a show…Sam Haskell, her partner, they’re going to do a series about Dolly’s songs, like she did with ‘Coat of Many Colors’ and all that stuff.”

Not even 24 hours after Tomlin revealed Parton’s Netflix deal, the blonde entertainer confirmed the news herself on Twitter and via a press release on her website.

“As a songwriter, I have always enjoyed telling stories through my music. I am thrilled to be bringing some of my favorite songs to life with Netflix,” she wrote on the social media website.

As a songwriter, I have always enjoyed telling stories through my music. I am thrilled to be bringing some of my favorite songs to life with @Netflix. We hope our show will inspire and entertain families and folks of all generations. https://t.co/jfMo5W16DY

The press release revealed that her series will begin premiering in 2019, and in a new report from The Atlanta Journal-Constitution, she needs her fans to help make this a reality!

Her series has put out a casting call for various roles. According to Country Living, it pays $75 for eight hour days.  The AJC made a list of the roles they need to fill. All extras must be smokers, or comfortable with simulated smoking on the set.

How To Get Cast

If you think you are a perfect fit for any of these roles, email [email protected] with the subject line of the role you are submitting for.

You should include three current and well-lit photos of yourself, as well as your name, age, height, weight, and current phone number.

Let us know if you are submitting yourself to get cast! Remember, Dolly Parton might actually be in this movie, too!