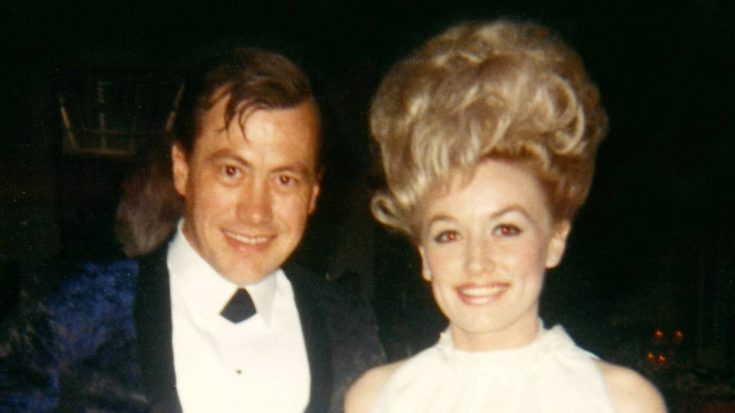 If you know about Dolly’s history and upbringing, you will know that her Uncle Bill is the reason she is a musician today. When she was seven years old, she began playing a homemade guitar and when she was eight, Uncle Bill gave her a real one. He encouraged her to write songs and practice singing, and was influential in her eventual move to Nashville to pursue country music.

“I knew my heart would break when he passed, and it did. I’ll start this eulogy by saying I wouldn’t be here if he hadn’t been there,” she continued.

She wrote about the influence he had on her life, how he got her her very first job on the Cas Walker Show, how they wrote songs together, and even won a BMI Song of the Year Award for one in 1966. He also wrote songs that were recorded by Loretta Lynn, Ricky Skaggs, Porter Wagoner, and Kris Kristofferson, just to name a few.

“I bet a lot of our own relatives don’t even know all of the great things that Uncle Bill did behind the scenes through his life,” she wrote. “But the greatest thing he ever did for me was to help me see my dreams come true and for that I will be forever grateful. I’m sure that Uncle Bill’s friends, fans, his wife Sandy, his kids, grandkids and great grandkids will join me when I say that we will always love you. Rest in peace, Uncle Bill.”

See her full tribute to her beloved Uncle Bill below.

Our thoughts and prayers are with Dolly and the rest of Bill’s family as they mourn.

Watch Dolly perform the song she wrote about him titled “Uncle Billy” below.