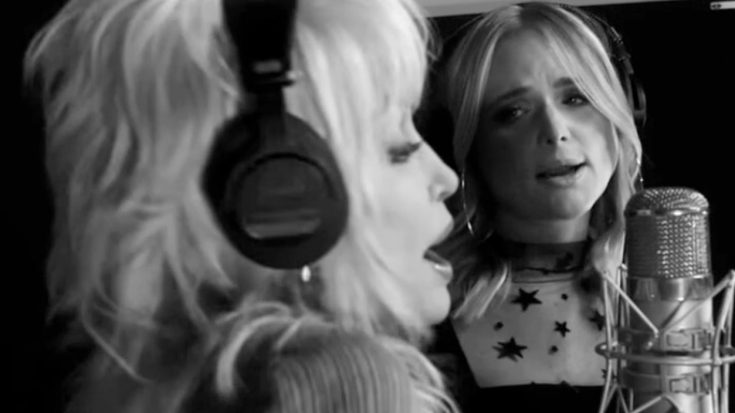 Dolly Parton seems to have a big project or two on her plate every year. In 2018, that project was the soundtrack to the film, Dumplin’, which is entirely comprised of Parton’s songs.

The soundtrack features a bunch of Parton’s older works, including a revamped version of “Jolene” with a string section. But there are also a few new tunes to be found, including one titled “Girl in the Movies.”

Even though Parton’s voice covers every inch of the soundtrack, it isn’t the only one on there. She invited a number of other performers to collaborate with her on the project, with all of those performers being women.

Just a few of the many talented artists that appear on the record with Parton include Elle King, Alison Krauss, and Rhonda Vincent.

During a Q&A session on Twitter, Parton said that creating the soundtrack was “a fantastic experience with these absolutely incredible women.”

It’s too hard to pick because each part was a fantastic experience with these absolutely incredible women! #DUMPLIN https://t.co/aTAcwn1VJD

Another one of the incredible women that joined Parton on the soundtrack was Miranda Lambert. Calling Lambert her “soul sister” on Twitter, Parton was happy to reveal that the two of them collaborated on an updated version of one of her oldest songs, “Dumb Blonde.”

Released on her debut studio album Hello, I’m Dolly, “Dumb Blonde” was only one of two songs on the record that Parton didn’t have a hand in writing. But if you didn’t know that little fact, you’d swear it was her own work.

The feisty track has Parton sassing a former lover, telling him that just because she’s blond, it doesn’t mean she’s stupid. That’s why she wasn’t going to bother crying over him after he left, and found a sense of strength in being on her own.

As you can tell from listening to the older version of the song, it seemed like the perfect track for Parton and Lambert to collaborate on.

How Does The New Version Sound?

The duet version sounds pretty similar to Parton’s original recording, with the same sort of instrumental sounds and heavy presence of steel guitar. Obviously, the main difference comes in Lambert’s contribution, which is even greater than you may have thought it would be.

And by that, we mean that instead of just singing a verse and a chorus, Lambert sings the entire song with Parton. This hand-in-hand type of approach gives an extra sense of “girl power” to the song, which seems fiting for it.

You can listen to Parton and Lambert’s updated rendition of “Dumb Blonde” by tuning in to the clip below. We bet they had a fun time recording this together!