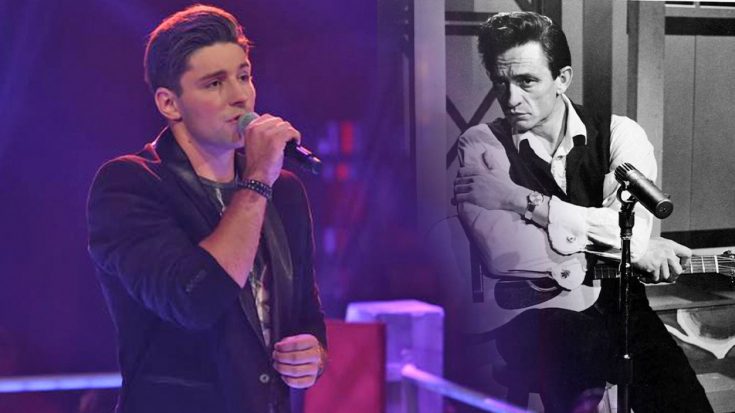 The 1963 song would go on to be one of the biggest singles of Johnny Cash‘s career. “Ring of Fire” was written by June Carter Cash and later recorded by Johnny Cash. Originally, the famous tune was recorded by June’s sister, Anita Carter, but after it didn’t make a hit, Johnny decided he wanted to make it his own. The second Johnny got his hands on it, the rest was history.

The German reality talent show, The Voice of Germany held their battle rounds. Similar to The Voice here in America, there are four coaches all of whom are recording artists themselves. The three phases of the show consist of a blind audition, a battle phase, and live performance shows. In 2018 on Season 8 of The Voice of Germany, there has been one performer that has stunned the coaches and the audience with his deep vocals from the first audition.

Alexander Eder is a tall and handsome young man with undeniable talent. During his very first audition, he surprised the coaches with his baritone vocals by singing Josh Turner’s “Your Man.” With a voice like his, it was just a matter of time before Eder took on a country legend like Johnny Cash.

In a casual-leather look, Eder took the stage for the performance of the night. Accompanied by a banjo, he began to sing the opening verse. From the moment he opened his mouth, the crowd went wild. Right as Eder went into the chorus, he brought the audience to their feet in applause. His impressive vocal range had everyone swooning over the young singer.

Eder’s voice definitely sticks out above the rest, we’re excited to see what the future has in store for him.

Check out Alexander Eder’s performance below to see a young Johnny Cash in the making!