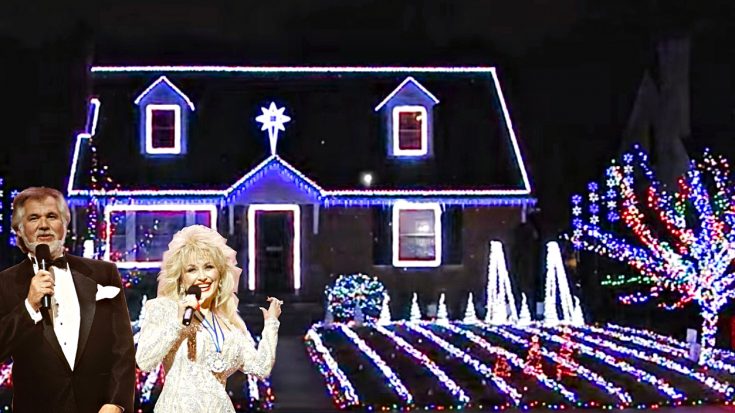 Every year as the holidays draw near, families around the world put up lights to celebrate the season. For one house – their Christmas lights are in a league of their own.

In the quiet neighborhood of Rosedale in Richmond, VA – one family has taken Christmas decorating to its limit. During the holiday season starting on Nov. 23 and ending in early January, they set up over 95,000 LED lights that sync up with various holiday songs.

During a Kenny Rogers & Dolly Parton holiday special, the duo took on Dolly’s “Once Upon A Christmas.” The song recalls the biblical story of baby Jesus coming to the world. Kenny believed the song was, “destined to become a standard.” And that it has.

So when the owner of the Rosedale Christmas house, Thomas Warren, was looking for the perfect song to match up with his display – he knew exactly which one to pick. The light show displays beautiful, twinkling, lights throughout the entire song. And every time “Jesus” is mentioned in the song the North Star at the top of the house glows brightly.

You can watch the miraculous show in the video below and if you’re ever in Virginia check out their new set in person at 1925 W Laburnum Ave Richmond, VA 23227!