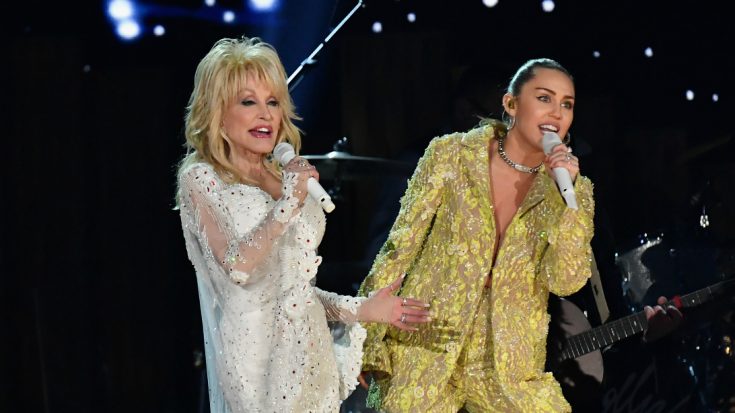 Out of all of the honors the Recording Academy has to bestow on musical artists, none is perhaps more meaningful than the MusiCares Person of the Year Award.

Each year, the Academy issues the award to “a recording artist who has made important contributions to the world of music and demonstrated extraordinary humanitarian and philanthropic efforts.”

Past recipients of the award are some of the biggest names in the music industry: Bob Dylan, Elton John, and last year’s honorees, Fleetwood Mac.

On January 26 @fleetwoodmac became the first-ever band to receive the #MusiCares Person of the Year award honor.

This year, one of country music’s brightest stars was recognized for her decades of charitable work when the Recording Academy named her as the 2019 MusiCares Person of the Year. That person is of course, Dolly Parton.

Why She Was Worthy Of This Honor

Parton has devoted a wealth of her energy to a number of charitable causes of the years, most notably through her Imagination Library. The Imagination Library provides free books to young children, helping boost their reading skills and their imaginations.

In 2018, Parton’s Imagination Library delivered its 100 millionth book to the Library of Congress, a remarkable milestone that didn’t go unrecognized.

On top of championing the Imagination Library, Parton chips in to help whenever she feels she can. For example, she helped establish a fund following the 2016 Tennessee wildfires that provided aide to those who lost their homes and possessions.

Help those who lost their homes in the Tennessee wildfires. Donate to the My People Fund by visiting https://t.co/Uydp1gDCwJ . #mypeoplefund pic.twitter.com/xyvXoCeIE1

Since Parton has given so much of her heart to others, the Recording Academy wanted to give her plenty of recognition in return. They did so by announcing that she would be given a performance slot during the 2019 Grammy Awards, which aired on Sunday (February 10).

But that wasn’t all! The Grammys also enlisted the help of four major musical artists to pay tribute to Parton’s extraordinary career.

The Grammys revealed the names of those four artists (three of which were nominees) just days prior to the ceremony: Katy Perry, Little Big Town, Kacey Musgraves, and Maren Morris.

But, she didn’t just sit on the sidelines and watch her talented friends honor her…she joined right in with them!

Katy Perry and Kacey Musgraves kicked off the tribute with Dolly’s 1977 hit “Here You Come Again.” The crowd was already excited about this much-anticipated tribute performance, but went crazy when Dolly walked onto the stage and began singing along.

Dolly remained on the stage as Miley Cyrus joined her for a fun cover of “Jolene” that had the entire audience singing along. Maren Morris then made her way to center stage where she, Miley and Dolly performed a flawless cover of “After the Gold Rush,” a song Dolly originally performed with Emmylous Harris and Linda Ronstadt for their Trio II album in 1999.

All of the artists then joined Dolly for a finale performance of “9 to 5.”

The performance served as a brilliant way to recognize all Parton has accomplished, and it was made even better since she was a part of it too!

You can tune in to the clip below to watch part of the Grammys’ outstanding performance in honor of Parton. She was more than deserving of the praise and recognition she received!