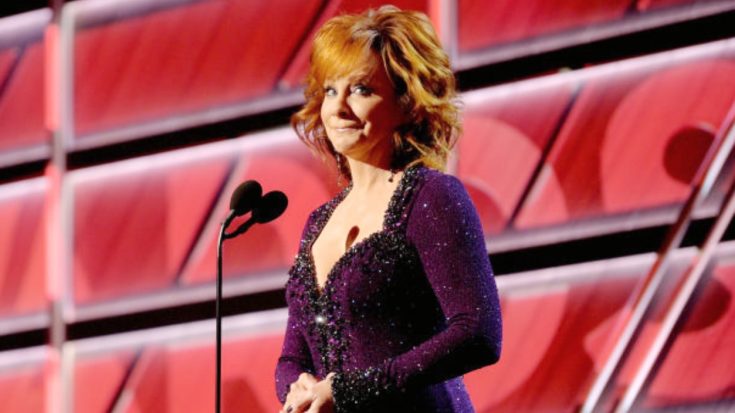 Get Ready To Gear Up For The ACM Awards

For those of you who can look outside your window right now and see nothing but snow and ice, it may be hard to believe that spring is right around the corner. But it is, and with the arrival of the warmer season comes the first of three annual country music awards shows…the ACM Awards!

This year’s ACM Awards will take place on April 7 at the MGM Grand Garden Arena in Las Vegas. It marks the second consecutive year that the awards have taken place in the venue, though they were also held there in 2016 and from 2004-2014.

Just as the ACM Awards have taken place in different venues over the years, the ceremony has also seen its fair share of hosts. There wasn’t even a host assigned to the first ceremony in 1966!

Past ACM Awards Hosts From Start To Today

Actor, radio personality, and singer Lorne Green stepped up in 1967 to serve as the ceremony’s first host. He filled the role for just that one year before others, including Patt Buttram and Dick Clark, took over.

But one of the show’s most memorable hosts is Reba McEntire. She first filled the role in 1986, when she hosted alongside Mac Davis and John Schneider. She returned to co-host in 1988, that time with Hank Williams Jr. by her side.

Dolly Parton then took over hosting duties in 2000, but from 2001 all the way through 2012, it was McEntire who entertained fans as the ACM Awards‘ host.

McEntire hosted solo from 2001-2010 before Blake Shelton joined her as a co-host in 2011 and 2012. After those two years McEntire finally handed over her hosting baton, and Shelton served as host for the next three years alongside Luke Bryan.

Then Shelton decided to step down from the role, handing the baton over to Bryan. He was joined by Dierks Bentley, and the two of them co-hosted the awards in 2016 and 2017.

There was yet another host change in 2018. Bryan and Bentley were out, and McEntire was back in. It was her first time hosting the ACM Awards in years!

McEntire was a natural as the ACM Awards host. She had just wrapped up her successful first run as the host of the CMA Country Christmas special, and had that plus all of her past ACM Awards hosting experience under her belt.

Fans loved her energetic personality, witty jokes, and sparkly ensembles (including her famous red dress). She was a hit!

Now, with the 2019 ACM Awards approaching, we’re sure that many a country fan has been curious to know if McEntire will return to host the ceremony yet again. After all, viewers loved her!

Well, the red-headed superstar shared the answer to that often-wondered thought through a comical video she shared on social media…she’s coming back!

The video shows McEntire walking through the Nevada desert as she proclaims that she’s heading to Vegas to host the ACM Awards. In a laughable moment, the camera pans to reveal that the desert scene was just a studio backdrop, leaving McEntire to exclaim, “You didn’t really think I was walking, did ya?”

On my way to Vegas! So excited to be back hosting the 54th @acmawards on CBS, Sunday, April 7. #ACMawards

With McEntire at the helm, it looks like we’re in store for another fun and fantastic ACM Awards ceremony this year! Get a taste of what you can expect from her by watching her hilarious opening monologue from the 2018 awards below.

What do y’all think of the news? Are you happy to hear that McEntire is back as the ACM Awards host again?