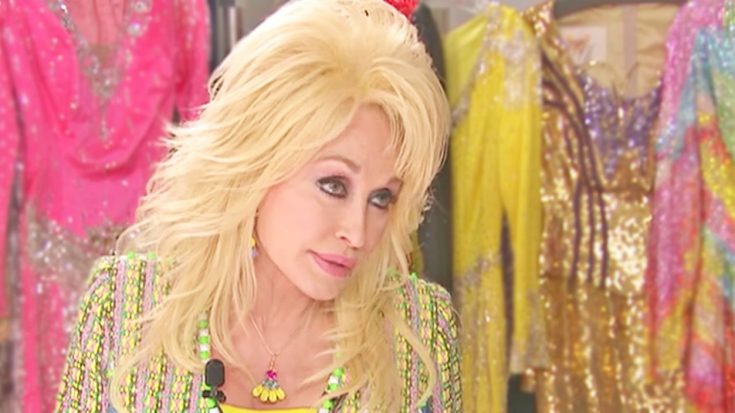 Dolly Parton is one of the most beloved singers in the world. She’s influenced hundreds of other artists over the course of her decades-long career.

Many aspiring singers cover Parton’s songs on competition series such as The Voice and American Idol. She’s made appearances on both shows in the past.

While she’s open to making future appearances on the shows, you’ll never see Parton as a coach on The Voice or as a judge on American Idol.

As Parton explained in an interview with Taste of Country, she keeps turning down The Voice and American Idol whenever they ask her to be a coach/judge…and they ask often! “I get asked every season to be on,” she said.

So why does Parton keep turning down the shows’ offers? “I really have trouble judging people,” she said. “I would have a lot of trouble telling them yes or no — especially no.”

Although Parton knows she could never serve as a coach/judge on the shows, she still enjoys watching them. It makes her happy whenever she hears someone perform one of her songs:

“I love the fact that a lot of them do use different songs like ‘I Will Always Love You,’ ‘Jolene’ or ‘9 to 5,'” she said. “I hear a lot of my songs on there. That’s a great treat. I just always hate to see them lose, even though I’m very proud of the ones that win, and they deserve it, because the public [votes] on that.”

Parton is hoping to create her own singing competition show. But she’d like to give it a more “positive” spin:

“I probably will do something like [American Idol or The Voice] in the future,” she shared. “I’m starting my own network. And so I’ll probably be doing different things at different times, and maybe create a show where it could really be positive. Although those are fantastic shows. I love watching it. I would just have trouble being a judge of somebody’s talent.”

We can’t wait to see if Parton’s plans for her own competition show will come to fruition!

Also, there’s always a chance we’ll see her on The Voice or American Idol as a guest performer again. Watch one of her past Voice performances below.