Dolly Parton Does The Unexpected With New Remake Of Classic Song 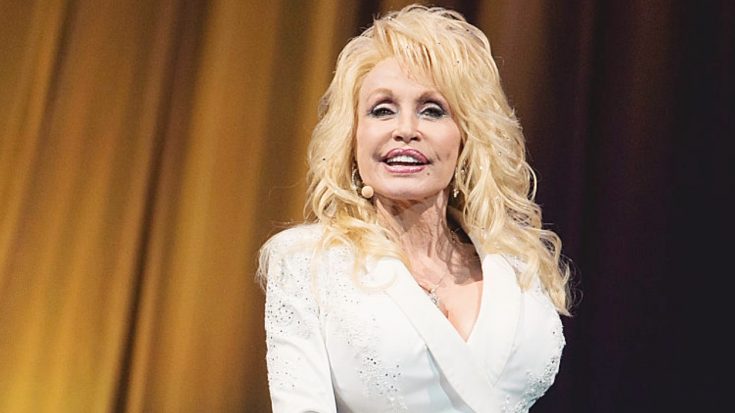 Without question, Dolly Parton has to be one of the busiest, if not the busiest artist in country music. It seems that the country music legend never gets time to rest, between her various musical ventures, film and television work, her Dollywood Theme Park, and her charity organization, the Imagination Library.

Recently, Parton has been devoting a large portion of her time to the soundtrack for an upcoming film titled Dumplin‘.

We’ve known about the movie for some time, which will star Jennifer Aniston as a former beauty queen with a plus-size teenager daughter. The daughter, wanting to rebel against typical beauty pageant standards, decides to enter a local contest.

On Wednesday (September 12), Parton took to Facebook with some happy news to share. Dumplin‘ has been picked up by Netflix, and will be released “later this year.”

I've got a big announcement to make and it's been hard keeping it a surprise from y'all! I'm working with Netflix to…

Parton also shared that the film’s soundtrack will be available on November 30. The record will include new renditions of Parton’s previous works, along with six brand-new songs written by Parton and co-producer Linda Perry.

One of the old songs that Parton brought back for the Dumplin’ soundtrack is “Here I Am.” The song first appeared on Parton’s 1971 album Coat of Many Colors, but flew under the radar.

While the updated rendition for Dumplin’ keeps fairly true to the original’s sound and style, there is one major change that Parton made to the song.

You see, Parton isn’t the lone voice you’ll hear on the soundtrack. She enlisted a number of talented collaborators, including Miranda Lambert, Alison Krauss, and Rhonda Vincent to sing on some of the tracks.

But the artist who joins her on “Here I Am” is probably one of the last people you’d ever expect to collaborate with the country music queen. It is none other than pop star Sia, who is known for songs such as “Chandelier” and “Elastic Heart.”

Parton shared the news of Sia’s involvement in the soundtrack on Facebook, calling her “talented and incredible.”

The updated track still predominantly features Parton’s vocals, with Sia taking the reigns every now and then. Despite their distinctly different singing styles, the two artists’ voices blend together quite well when it comes time for them to sing in unison.

Now it’s time for you to hear just how good Parton and Sia’s new duet sounds when you check it out in the clip below. Be sure to let us know what you think of it when you’re done.

After hearing this, we can’t wait to listen to the other collaborations on the Dumplin’ soundtrack. They’re sure to be magical!