Dolly Jokes About Quarantine With Husband: “We May Not Make It” To Next Anniversary 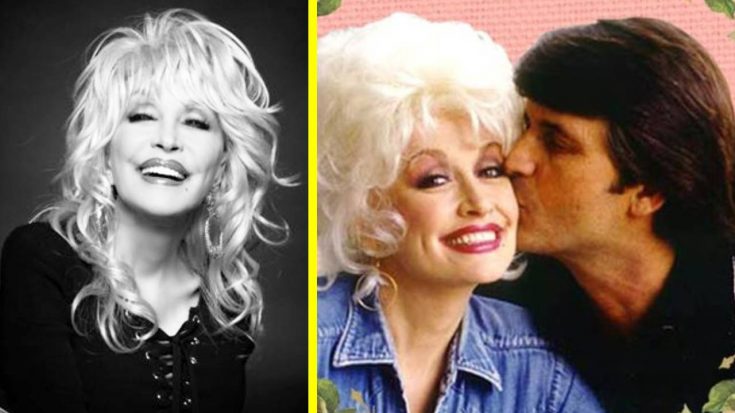 Because she’s been married for over 50 years, Dolly Parton is often asked what the secret to a long, happy, and successful marriage is.

She and husband Carl Dean were married on May 30, 1966 in a small ceremony in Ringgold, Georgia with just the preacher, his wife, a witness, and Parton’s mama in attendance. The couple eloped to Georgia because Parton’s label had asked her to put their wedding on hold for a while after she signed her contract with them. Instead, Parton and Dean decided to get married in Georgia so no one in Nashville would hear about their wedding.

Since that day, Dean has maintained a reclusive lifestyle while his wife is one of the most famous people on the entire planet. Because of this, it’s no surprise that Parton has always said that the two couldn’t be more different. But she also says there isn’t any other man in the world for her.

How 'bout this for a #TBT ?? Happily married for 53 years: @DollyParton & Carl Dean!

In an interview with Closer Weekly in 2017, Parton said the secret to their decades-long union is “to stay gone.”

Parton travels so much for work and Dean stays home…and they like it that way!

The last few weeks, though, both have been home due to the coronavirus pandemic and Parton spoke to TODAY Show‘s Hoda Kotb and Jenna Bush Hager about how it is going. She also gave some advice to other married couples who are in quarantine together.

“I would say if you’re trapped in the house with him, you might want to be in separate rooms,” Parton joked. “The reason it worked for me is because I’ve stayed gone. I can’t get away now. I’m stuck there now. I might find out who he is. We may not make it until the next anniversary.”

Of course, Parton of all people, would have a sense of humor about all this!

Parton added that they are getting through this together because of their senses of humor, albeit very different.

“We both are very crazy people, and we have a completely different sense of humor, but we just absolutely laugh all the time and that’s been true through the years,” she said. “I think there’s a whole lot to be said about being good friends, but a good sense of humor, like even right now during these times I’ve been making jokes about some of the stuff.”

See her full interview with Kotb and Bush Hager here.

Watch Parton talk about her and Dean’s normal weekend routine when she is home in the video below.