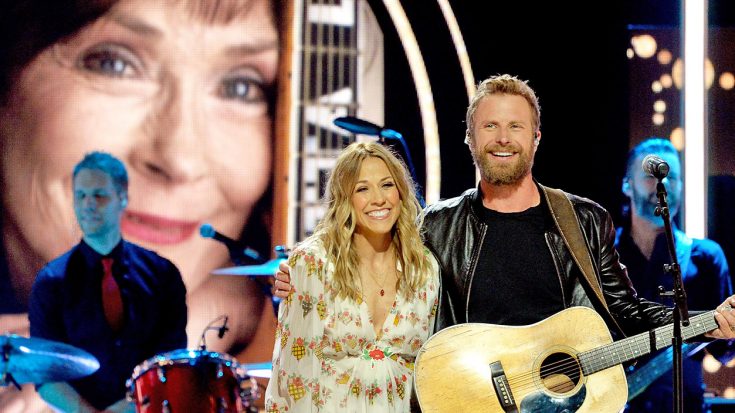 In October 2018, country music fans tuned into CMT for their ninth annual Artists of the Year show. Every year, they choose a handful of country stars to honor who have made an impact on the genre and for the 2018 honorees, they selected all women!

Because she was honored with the biggest award of the night, she had fellow country stars pay tribute to her with a couple of her biggest hits. Although she backed out of attending the event just a few hours before it started due to illness, she assured everyone she would be enjoying the show from home and watching along with the rest of us.

Sissy Spacek, who won an Oscar for her portrayal Lynn in the 1980 film Coal Miner’s Daughter, accepted Lynn’s award on her behalf and said some incredible things about her lifelong friend. But before that, Martina McBride paid tribute to the Queen of Country with a cover of her hit “You Ain’t Woman Enough (To Take My Man).”

After singing her last note, McBride introduced Sheryl Crow and Dierks Bentley! Crow announced earlier in the day that she would be “part of the celebration,” but we didn’t know in what capacity – and Bentley didn’t say he’d be involved at all!

I'm so honored to be part of the celebration of Loretta Lynn Official's "Artist of a Lifetime" award tonight 10/17 – don't miss it! Tune in live at 8/7c on CMT. #CMTAOTY

Performing “Louisiana Woman, Mississippi Man,” her beloved duet with the late Conway Twitty, Bentley and Crow put smiles on every attendee’s face with their upbeat performance as they stood in front of different images of Lynn throughout her career.

Watch their awesome duet in the video below.