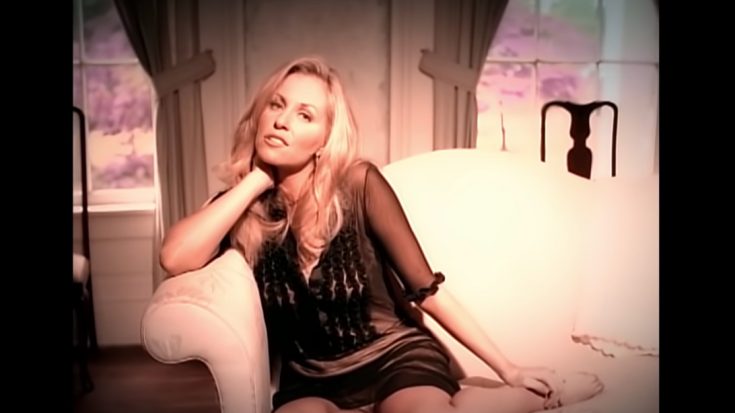 Here’s a twist we never saw coming! One of the biggest hits of the ’90s was about two stars, before they were stars, and their teenage romance.

“Strawberry Wine” wasn’t written by Deana Carter, but as soon as she heard the now-famous tune she knew she had to record it. In fact, the lyrics about falling in love for the first time spoke to Carter as they seemed to detail her very own teenage relationship. Specifically, her high school romance with James Denton.

Yes! THAT James Denton! Denton had an impressive stage resume before moving to Los Angeles from Nashville. After arriving in California he had numerous television roles before landing the role that made him a household name….Mike Delfino on Desperate Housewives.

Carter and Denton attended high school together in Nashville and dated from 1982-1984. It shouldn’t come as a surprise that the two share a love for music. Denton plays guitar in an all-star charity band called Band from TV. Along with Hugh Laurie, his Desperate Housewives co-star Teri Hatcher, Greg Grunberg and more, the band has raised almost two million dollars for various causes.

2021 marked the 25th anniversary of the release of Deana Carter’s album Did I Shave My Legs For This? The album has been certified 5x platinum, due in part to the success of her debut single, “Strawberry Wine.”

Check out the official music video for “Strawberry Wine” below.