Days Before Her Death, Betty White Filmed One Last Thing For Her Fans 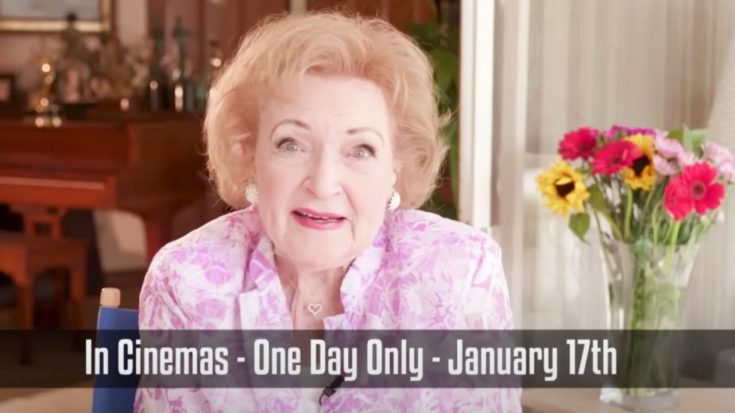 The legendary Betty White passed away on December 31, 2021, just 17 days before her 100th birthday. Her close friend and agent Jeff Witjas released the following statement shortly after news broke of White’s passing.

“Even though Betty was about to be 100, I thought she would live forever,” Witjas said of his friend and client. “I don’t think Betty ever feared passing because she always wanted to be with her most beloved husband Allen Ludden. She believed she would be with him again.”

Over the next couple days, rumors began swirling about how she passed away, since she seemed to be in good health. Witjas released another statement shutting down those rumors.

“Betty died peacefully in her sleep at her home,” he said. “People are saying her death was related to getting a booster shot three days earlier but that is not true. She died of natural causes. Her death should not be politicized — that is not the life she lived.”

White’s fans are very passionate and are paying tribute in any way they can, including putting flowers on her star on the Hollywood Walk of Fame.

Betty White's star on the Hollywood Walk of Fame. ❤️

Because she has so many fans, many have wondered when and where they could attend her funeral or memorial service, but Witjas just revealed that they won’t be able to.

He told PEOPLE that arrangements are currently being made for White’s funeral, and it will be private.

“The arrangements are being handled privately and that was Betty’s wish,” Witjas said. “As in life, she never wanted people to make a fuss over her.”

He added that if fans have a desire to pay tribute to White, they can make a donation to one of her favorite organizations including  The Los Angeles Zoo, Tree People, Monterey Bay Aquarium, Wildlife Learning Center, Actors and Animals for Others, The Aquarium of the Pacific and Guide Dogs For the Blind.

“If someone has a desire to do something in her honor, you can support or donate to one or more of her favorite charities or even donate to a local animal charity of your choice,” he said.

She was slated to have a huge birthday celebration with a one-day-only special movie event, Betty White: 100 Years Young – A Birthday Celebration.

ET Canada reported that, “It offers a revealing glimpse into her life—behind-the-scenes on set, working with her office staff, entertaining at home, lending her voice as an animal advocate and, we join her at her actual birthday party, as she celebrates the big day with a star-studded cast of friends that love her!”

According to a Fathom Events video announcement on YouTube, Betty’s celebration movie will be available to watch in over 900 movie theaters nationwide for just one day and it’ll showcase some of the greatest moments of her life.

“You’ll experience Betty’s funniest moments on The Golden Girls, hosting SNL, Hot in Cleveland, The Proposal, The Mary Tyler Moore Show—and a lost episode from Betty’s very first sitcom. Plus Betty reveals inside stories of her amazing life and career,” Fathom Events wrote in the tailer on YouTube.

While everything for the movie celebration was filmed a while ago, White actually filmed a sweet video message for her fans just days before she passed away.

“On Dec. 20, she did a short little video for us… it was kind of a tribute to her fans that were going to be with her at the event,” producer Steve Boettcher told Entertainment Tonight. “It’s kind of a shout-out to her fans that she did 10 days before she passed away.”