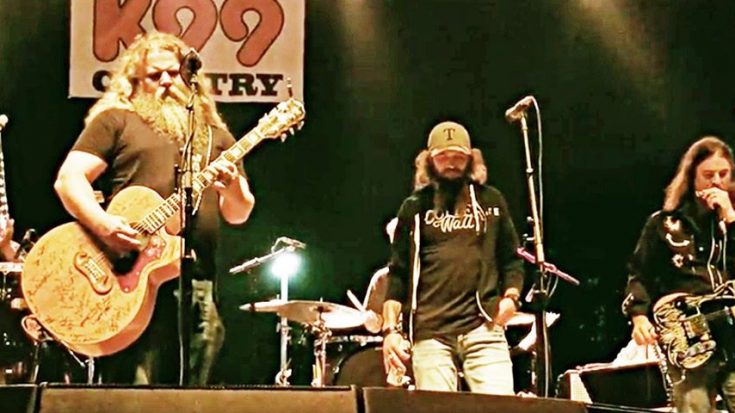 Merle Haggard sang it first, but Jamey Johnson and Cody Jinks got this country crowd joining in when they kicked out an over-the-top performance of “I Think I’ll Just Stay Here & Drink.”

Fans at the 2018 Crawfish Music Festival in Biloxi, Mississippi jumped in on the chorus, amping up the sound with their free-flowing and raucous backup vocals.

Haggard wrote and recorded this hit single for his 1980 album Back to the Barrooms.  It stayed at number one for a week and went on to live on the country chart for a total of twelve weeks. It was Merle’s 26th number one country hit.

Hungry for some real country music, you can hear a shout-out to Cody for making someone’s night. You just can’t get much more country than Merle Haggard and Jamey Johnson. They were simply too legit to quit.

What do you think of the performance?  What’s your favorite drinking song…to listen to or bend your elbow with?