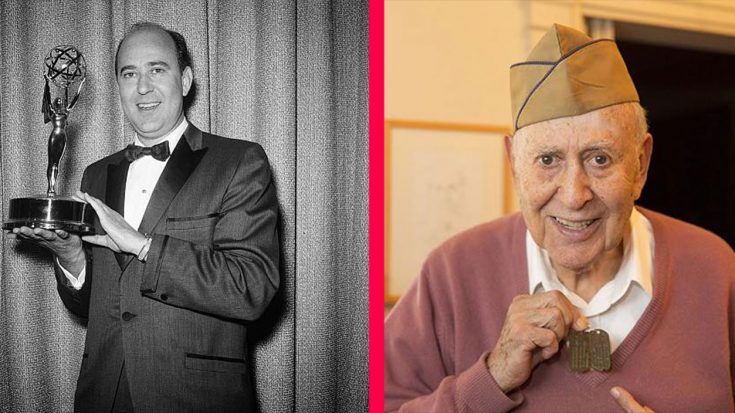 The legendary comedian, actor, and director Carl Reiner has passed away at his home in Beverly Hills on Monday, June 29, 2020. According to his assistant Judy Nagy, he died Monday night of natural causes.

R.I.P. Carl. Carl Reiner, the writer, producer, director and actor who was part of Sid Caesar’s legendary team and went on to create “The Dick Van Dyke Show” and direct several hit films, has passed. He was 98. Winner of nine Emmy awards, including five for “The Dick Van Dyke Show.” His most popular films as a director included “Oh God,” starring George Burns, in 1977; “The Jerk,” with Steve Martin, in 1979; and “All of Me,” with Martin and Lily Tomlin, in 1984. Roles in the “Ocean’s Eleven” trio of films and on TV with recurring roles on sitcoms “Two and a Half Men” and “Hot in Cleveland.” He also did voice work for shows including “Family Guy,” “American Dad,” “King of the Hill,” and “Bob’s Burgers.” In 1995 Reiner received the Writers Guild’s Laurel Award, a lifetime achievement award for a career in TV writing. In 2000 he won the Mark Twain Prize for Humor. In 2009 he was presented with the WGA’s Valentine Davies Award, recognizing both his writing legacy and valued service to the guild. #rip #carlreiner #dickvandykeshow #ohgod #thejerk #allofme #oceanseleven #actor #producer #director #like4likes #broadway #emmyawards #hollywood #ripcarlreiner #prayers

During the early years of television comedy from 1950 to 1957, he co-wrote and acted on Caesar’s Hour and Your Show of Shows, starring Sid Caesar. In the 1960s, Reiner was best known as the creator, producer, writer, and actor on The Dick Van Dyke Show. Reiner famously formed a comedy duo with Mel Brooks in 2000 Year Old Man and acted in films such as It’s a Mad, Mad, Mad, Mad World (1963), The Russians Are Coming, the Russians Are Coming (1966) and the Ocean’s film series (2001–2007).

Reiner once talked about how the The Dick Van Dyke Show remained one of his favorites. He once said,

“The Van Dyke show is probably the most thrilling of my accomplishments because that was very, very personal. It was about me and my wife, living in New Rochelle and working on the Sid Caesar show.”

In 1943, Reiner was drafted into the Army Air Forces and served during World War II. During his service, he came down with pneumonia and spent three months in the hospital recovering. After that he was sent to Georgetown University for ten months of training as a French interpreter where he had his first experience as a director, putting on a Molière play entirely in French.

Many Hollywood celebrities, actors, and filmmakers shared offered their condolences and shared some of their fondest memories of Reiner.

Goodbye to my greatest mentor in movies and in life. Thank you, dear Carl. https://t.co/H7A4ZwIqfc

Comedy is certainly less without him and he will be greatly missed.

Watch the video below to see Carl Reiner and Mel Brooks perform the  2000 Year Old Man.