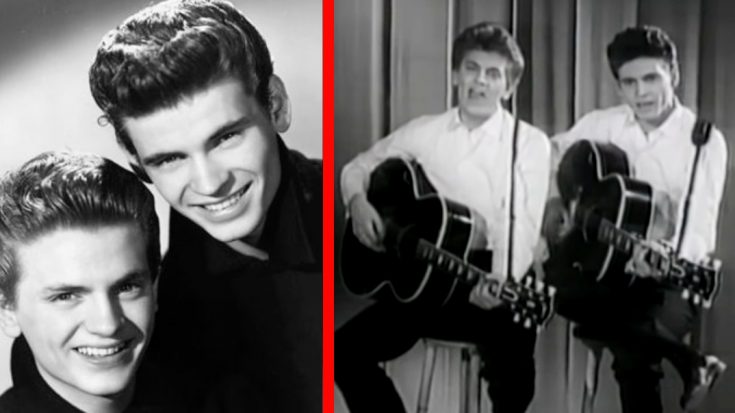 The legendary singer and one-half of the Everly Brothers passed away at his home in Nashville at the age of 84.

Don Everly, the last surviving member of the Everly Brothers, was known as a groundbreaking artist when he and his younger brother Phil started releasing hit singles in the late 1950s.

Over the course of their careers, the Everly Brothers created a powerful music presence across many genres and reached heights not seen by many others since.

The first No. 1 hit for the duo was “Bye Bye Love” which had already been rejected by 30 other artists, but stood out to the Everly’s – and has become synonymous with their name in the decades since.

Later chart-toppers include “Wake Up Little Susie,” “All I Have to Do Is Dream,” “Cathy’s Clown,” “When Will I Be Loved” – (later recorded by Linda Ronstadt) – and more.

The Country Music Hall of Fame detailed their success, saying: “In purely commercial terms, the Everly Brothers were one of the most successful acts in popular music between 1957 and 1962. Only Elvis Presley, Pat Boone, and possibly Rick Nelson outsold them.”

Don Everly of the Everly Brothers passed away today at age 84.

The Everly Brothers’ magical and haunting harmonies influenced countless musicians including Simon & Garfunkel, The Beach Boys, and The Beatles.

His voice was described as “the most beautiful sound you’ll ever hear” pic.twitter.com/5maQIJilkX

Don passed away at 84 on Saturday, August 21st, 2021 at his home in Nashville. At the time of publication, no cause of death was listed.

“Don lived by what he felt in his heart,” his family told the LA Times. “Don expressed his appreciation for the ability to live his dreams … with his soulmate and wife, Adela, and sharing the music that made him an Everly Brother.”

Our thoughts and prayers are with the Everly family, friends, and the pair’s countless fans during this difficult time.