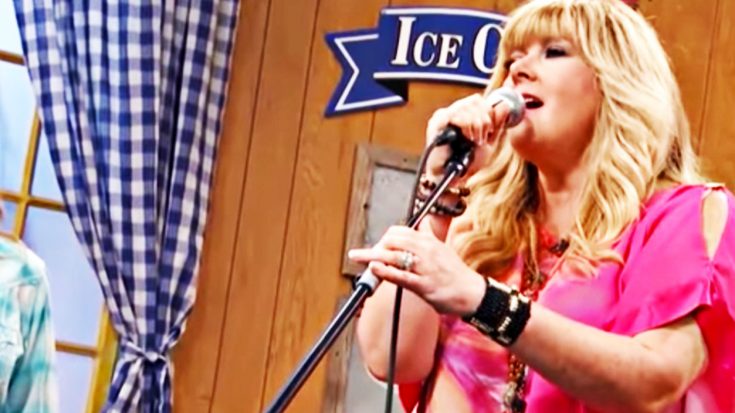 This Australian-born songstress belts out one of the most-cherished hits from Loretta Lynn‘s legendary legacy to the complete delight of diners in this make-shift restaurant venue.

Appearing on Larry’s Country Diner – a popular rural television program which features real patrons and real music, Jamie O’Neal pulls out all the stops in her tribute to a legend who helped pave the way for women in country music!

Lynn’s 1967 hit, “Don’t Come Home A-Drinkin'” is reimagined into a down-home style performance that boasts a full band and backup singers that help round out this ode to one of country’s most beloved women in music.

O’Neal has found success herself on the country charts with the debut of her first studio album in 2000, Shiver, and earned back-to-back number one singles with “There Is No Arizona” and “When I Think About Angels.”

The 51-year-old country singer also established her own record label in 2012 and released her most recent album, Eternal, in 2014.

Watch Jamie O’Neal sing her heart out with this unforgettable tribute to Loretta Lynn’s stunning career in the video below.