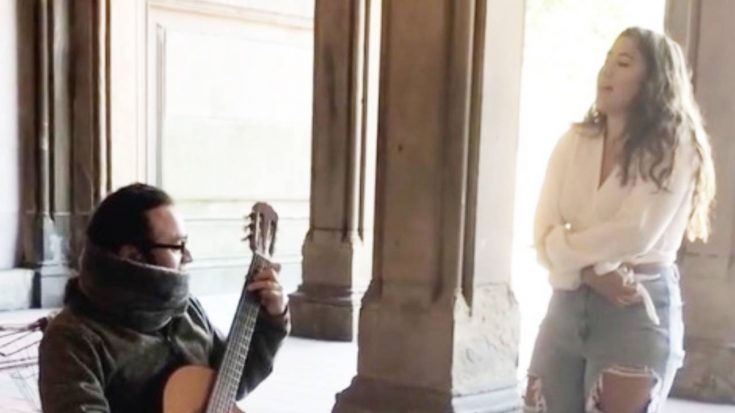 Vince Gill and Amy Grant were married on March 10, 2000 after being close friends for almost a decade. They welcomed a daughter, Corrina, almost exactly a year later – on March 12, 2001.

When Corrina was just a toddler, Gill had a live performance with the band Asleep At The Wheel and they performed the song “Corrina, Corrina.” Gill’s daughter walked on stage to roaring applause from the audience. Gill picked her up for the rest of the song, which she may have thought was her dad calling her since he was singing her name over and over!

If you thought that would be Corrina’s last time on stage, you’d be wrong! Growing up with Vince Gill and Amy Grant as parents, she was definitely blessed with musical genes and joined her parents on multiple occasions.

Earlier this year, Corrina joined both her parents and her half-sister Jenny for a performance of “You Are My Sunshine” at the Grand Ole Opry.

But she doesn’t just perform with her family. Corrina attended a performing arts high school and often posts videos of her singing on social media.

On Wednesday (October 14), Corrina shared a video on her personal Instagram page of her performing in New York from two years ago. She was just 18!

Standing in a courtyard, Corrina sang The Beatles’ song “Yesterday,” accompanied by a guitarist. While it may have been all in good fun for her, passersby thought she was so good, she even got tips!

Watch her performance below.