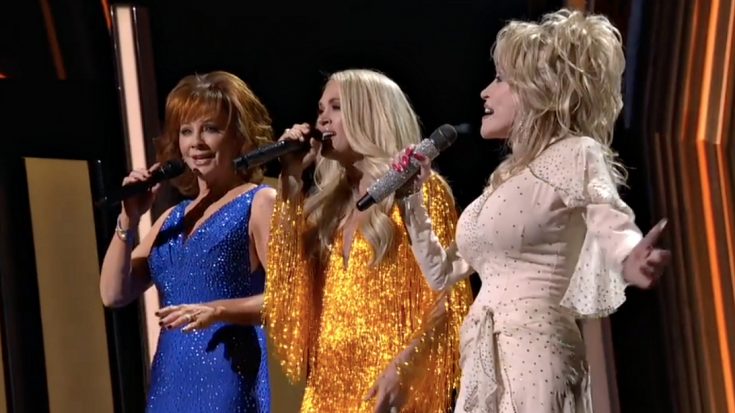 The 53rd annual Country Music Association Awards Show kicked off with a collaboration of epic proportions Wednesday night. More than a dozen of the biggest female names in country music came together to perform a medley of iconic country songs that span the genre’s history.

“The CMAs have decided that it’s an important enough time right now at this point in America and the things that we’re fighting, dealing with as women that it’s important to show the respect that country music has for women in this industry,” Wilson told the Tennessean before the group’s rehearsal on Sunday.

The hype couldn’t even prepare viewers for the greatness that transpired when 14 women gathered on stage to sing 9 songs from years past. Reba, Carrie and Dolly kicked things off with a performance of “Those Memories of You,” a song first recorded by Dolly Parton, Linda Ronstadt, and Emmylou Harris in 1987. 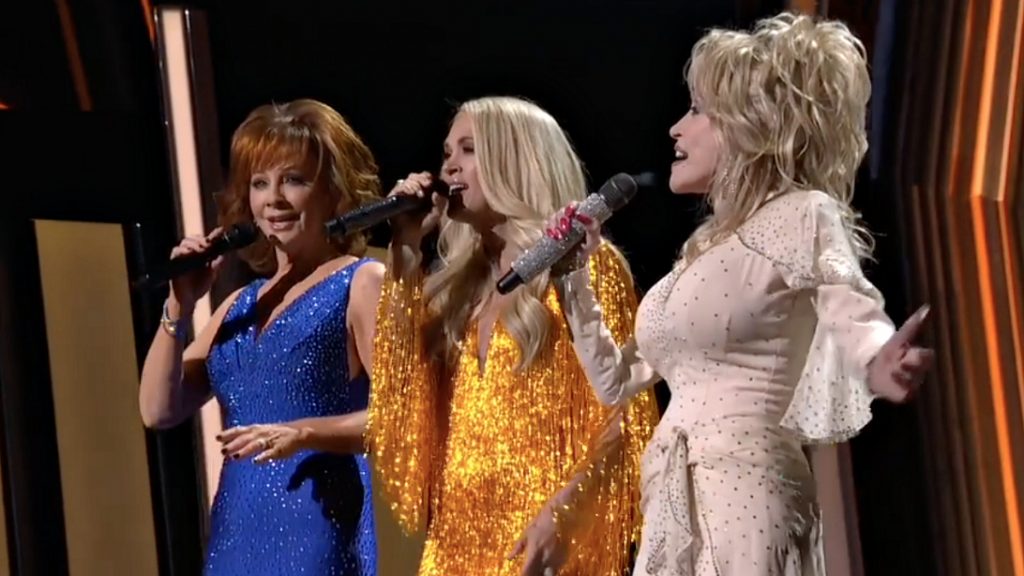 Tanya Tucker then performed “Delta Dawn,” the song that made her famous at age 13 in 1972. Gretchen Wilson joined the women on stage to sing her Grammy Award-winning song “Redneck Woman.”

Crystal Gayle, country legend and sister of Loretta Lynn, took the stage to perform “Don’t It Make My Brown Eyes Blue” from 1977. Terri Clark and Sara Evans took turns singing their career-making hits “Better Things To Do” and “Born To Fly” respectively.

The collaboration concluded with Martina McBride performing her signature song “Independence Day” with the help of her fellow female artists.

Watch the history-making collaboration in full in the video below.