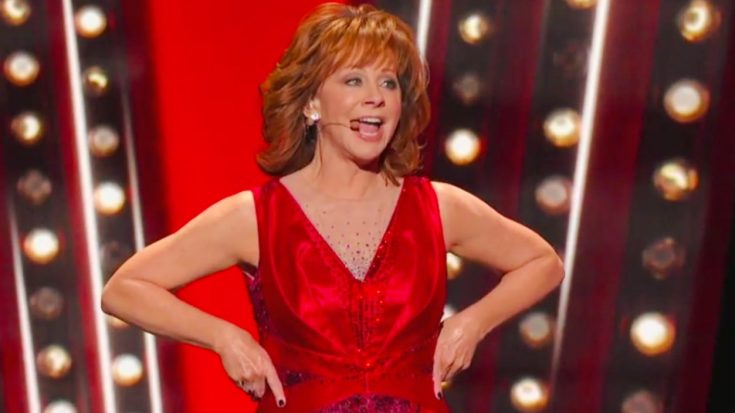 In 1969, Bobbie Gentry released a self-penned song in which the narrator described her hard upbringing and how she eventually became a woman of wealth.

That song, titled “Fancy,” was a successful track for Gentry, and peaked at the 26th spot on the Hot Country Songs chart.

22 years later, another female artist stepped up to retell the story of “Fancy.” And her version of the song took off like wildfire.

That artist was Reba McEntire, whose version of “Fancy” was released as a single in February 1991.

Despite its popularity (it reached the eighth spot on the Hot Country Songs chart), McEntire’s “Fancy” was only ever nominated for one award…Music Video of the Year at the 1991 CMA Awards.

McEntire didn’t win. But to this day, the music video for “Fancy” is still known as one of the all-time greatest in country music history.

As iconic as McEntire’s “Fancy” video is, her live performances of the song carry the same amount of prestige. “That’s definitely one song that seeing live is worth seeing just because it’s such a good show ending,” McEntire’s son, Shelby Blackstock, told Nash Country Daily.

It’s also the perfect song to perform at an awards ceremony. So on November 13, 28 years after “Fancy” was nominated for Music Video of the Year, McEntire revived the song during a live performance at the 53rd CMA Awards.

She kicked off the performance wearing a big purple robe with fluffy trim. Then as she burst into the chorus, she ribbed off the robe to reveal a glittery red dress.

But that wasn’t the only costume change that McEntire did mid-performance! Toward the end of the song, she pulled off the skirt of her red dress to reveal that she was actually wearing a jumpsuit.

McEntire’s sassy performance clearly impressed everyone watching, as everyone gave her a standing ovation at the end of the song.

In case you missed McEntire’s CMA Awards performance of “Fancy,” or simply want to watch it again, you can find it in the video below. This is one song we’ll never get tired of watching her sing!