Clint Eastwood’s Grandson Announced As Contestant On “The Bachelorette” 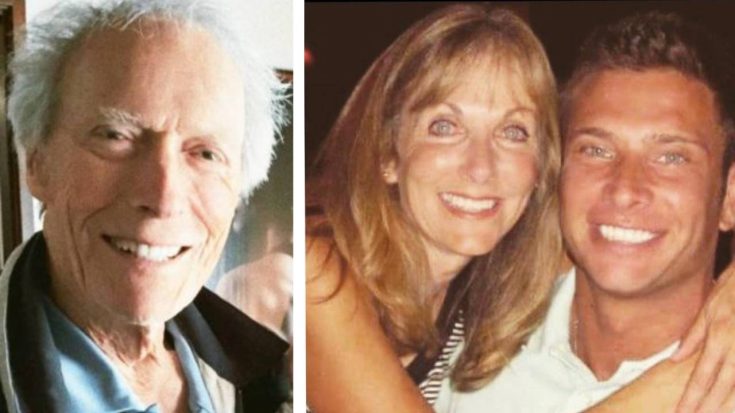 He’s been a household name since the 1960s thanks to his starring roles in films like Fistful of Dollars, For a Few Dollars, and The Good, The Bad and the Ugly.

Clint Eastwood’s celebrity only got more popular in the 1970s and 1980s, and it really never slowed down. He transitioned from starring roles to directing, and was even mayor of the California city Carmel-by-the-Sea from 1986-1988!

You can see what each of his kids have been up to here.

Eastwood was engaged to his first wife Maggie Johnson when he had an affair with a woman in Seattle who became pregnant. She put the baby up for adoption and was named Laurie by her adoptive parents. According to MSN, the legendary actor had no idea she existed when she found him around 30 years ago…when she was 34.

How Laurie Murray found out her father was Clint Eastwood https://t.co/FU7GIMwTTa pic.twitter.com/Rw4MIwnH6L

Laurie was curious as to who her birth parents were and when she tracked down her birth certificate, Clint Eastwood was listed as her father. She found him many years ago and has maintained a great relationship with not only him, but his ex-wife Dina, and all of his children. Her husband, Lowell Thomas Murray III, and their kids Lowell Thomas IV, who goes by “LT,” and Kelsey, are also very close to the Eastwood clan.

Clint was present for LT’s 2012 wedding and even hosted Kelsey’s 2016 wedding at his ranch. Further proof that she’s been part of Clint’s life for years is a certain photo from the 2004 Oscars, where Laurie was pictured arm-in-arm with Clint’s mother Ruth Wood. Laurie made her official red carpet debut in December 2018 with all seven of her siblings. They were supporting their dad at the premiere of his film The Mule.

LT’s marriage didn’t work out and now, he is looking for love on the upcoming season of The Bachelorette. The television show shared headshots of each of the contestants vying for Michelle Young’s heart, and LT was front and center!

According to his bio on the show’s website, he has one tattoo, “his grandfather’s initials over his heart.” After some Instagram digging, the tattoo looks like it reads, “LT II” for Lowell Thomas II, his paternal grandfather.

He doesn’t post much about his Eastwood family, but it’s clear that the genes are strong. He’s got the classic Eastwood looks.

Watch the newest preview for The Bachelorette below.