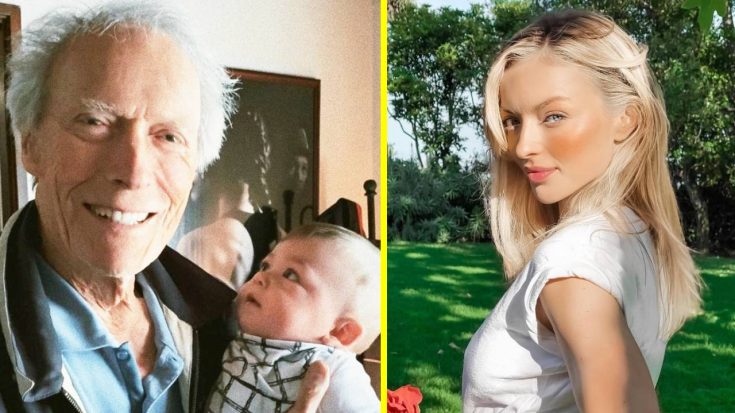 At 91 years old, Clint Eastwood is an actor, director, and producer, and has four Academy Awards, four Golden Globe Awards, three César Awards, and an AFI Life Achievement Award to his name.

While he is a legendary figure to the entire world, to his eight kids, he is just “Dad.”

A few of them may show up to events together, but it is incredibly rare for all eight of them to be together. Check out this photo of them at The Mule premiere.

In the 1990s, Clint had a relationship with actress Frances Fisher and they had a daughter together, Francesca, in 1993.

Francesca’s first acting credit came in 1995 in The Stars Fell on Henrietta. She appeared in his 1999 movie True Crime and then didn’t act again until 2014’s Oh, You Pretty Things. She also appeared in Jersey Boys, Outlaws and Angels, Fargo, Twin Peaks, and more.

The day after Father’s Day, Francesca took to Instagram to pay tribute to her famous father by saying, “As always a day late but sharing some appreciation for Father’s Day.”

She also shared a photo her Clint with Titan and wrote, “Best dad. Best grandfather. ♥️”

We love seeing Clint as a doting dad and grandpa! We hope he gad a great Father’s Day.